Most Forex Fibonacci strategies sound good at the very beginning.

“Get in on the trend at a discounted price”

Well frick yeah, where can I do that? 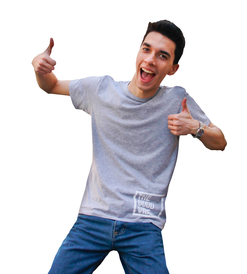 This random guy’s on board!

“See, there are these repeating numbers that occur in nature.  By using these patterns, we can better decide where price is going to retrace and reverse course”.

Ummm, okay, cool!  So which of these numbers is price going to bounce off of?

“Oh, well there are lots of possibilities.  Every retracement you draw can have as few as 6 different lines on it, but often many more.”

And we don’t know which one?

“Well it might not be any of them!  Then you would revert back to an older retracement you drew a long time ago and see if it reverses there.”

Oh.  Does it ever fail to truly make a bounce off of any of those lines?

Sounds like one big guessing game with no end to it.  Why does anyone use this crap?

“When it works, it looks amazing!”

Do you make a lot of money trading this way?

Let Us Not Forget

Why does price move up and down in Forex?  Why does it turn course when it does?

If you haven’t learned about the Big Banks, it’s officially time.

It’s really hard to go a lot further until you know why price actually does what it does.

If you don’t, you’re going to fall for ridiculous shit like Fibonacci.

Click the link — the one I gave you three up from here to learn.

But in a nutshell, the large banks and institutions of the world can see how much money in spot Forex is moving long or short.

If they take price the opposite way, they win.

And they get to do this over and over.

This being the case (and I provided proof in the video version), explain to me how mathamatical sequences found in nature are where you will find the places where price turns.

It’s one big joke.  And nobody seems to be in on it.

“Fibonacci Retracement” still gets 2400 searches a month on Google.  Other very similar terms account for another 2400 or so.

And I can verify it gets a LOT of search on YouTube as well.

People are in a hurry to lose.

Reason For Failure #1 — Too Many Lines

If you trade Fibonacci retracements, you have a lot of decisions to make.

This is a LOT to consider, and almost regardless of which route you take, you’re going to either have a lot of lines on your chart, or miss out on a lot of times when this thing actually works.

This is a miserable way to trade.

Better make sure you’re always at your charts, you don’t want to miss a bounce. 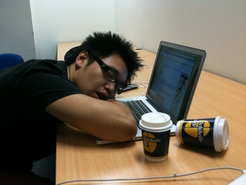 Reason For Failure #2 – Reversals Are For Suckers

Did we forget this all of a sudden?

One of my most important videos (that still manages to get a fraction of the views my indicator videos do) is on how to make sure you never trade reversals, and why it’s such a bad idea.

There is no real way to trade trends or break-outs here.  There are simply too many lines to contend with.

This is a tool strictly for reversal trading.  Avoid, avoid, avoid.

And no, it’s not an option for an exit tool either.  If you haven’t realized how faulty it is by now, there’s nothing else I can do here.

Fibonacci is the most hindsight-ass tool in Forex trading. 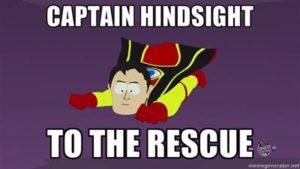 Why?  Because when you look back at it in hindsight, the wins are very easy to see, and the losses are not.

Most traders are very lazy and overly optimistic when it comes to testing out tools and indicators.

We want to believe it works, we will ignore the times it doesn’t.  We’re so much this way, we may even try and blind our eyes to the times it might-have could-have maybe failed.

We don’t even try to see the bad.

If you did try to find the bad on Fibonacci, you would see a lot of it.

If you would start at a period of time way in the past and mock forward-tested it, you would be heartbroken if you were hoping to get some real use out of it.

If you’ve ever gotten excited about this thing winning long-term, it’s because you were lazy.

Somebody had to say it.

Every time price bounces off of a Fibonacci retracement line, Forex Twitter is on top of that shit.

Why?  Because again, it looks awesome when it works.

And all somebody has to do is point this out, and the eternally stupid masses think this person is legit.

Legit.  For pointing something out that just happened.  Think about this.

And what’s worse is it can happen on any currency pair, or any time frame, on any possible Fibonacci retracement you could draw.

That’s s LOT of possibilities.  Price had to have bounced off of one of those lines somewhere.  I’m sure if you look hard enough you can find one.

Hey, Forex Twitter puts in the work, I can’t hate on them for that.  But it’s often lazy, shitty, useless work — so I always will.

There is only one guy I know of who nails it every time on Twitter, and you can follow him here.

Need a business you can start with no money?

Do you have no conscience?  Are you inherently a piece of crap?

I have something for you! 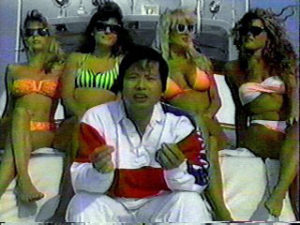 “Today I’m going to tell you how to drive a sports car. First, you need a lot of money!”

I’ve already given you a few in the past.  Selling a Forex robot for example.

This one costs even less money.

This will work, there’s no way it can’t.

Forex traders, especially starting out, are the most easily manipulated lot you’re going to find.

Because it’s so exciting, so emotions are high (making you a lot dumber)

And there is so much cool stuff to learn, it’s like you’re 5 years old all over again.

Anyone with any authority here is going to sound like a seasoned expert.

Be that expert.  Even though you’re not one.  Then charge people money.

Traders, this is why I do what I do.

Somebody has to be there to demystify all of this nonsense.

And Fibonacci retracements are terrible ways to trade.

In the end, it really comes down to this one question…

Why does price reverse?

So option one was proven in the Big Banks video.  Proven to happen over and over again, almost every time.

Option two, is proven to happen once in a blue moon.

Option 2 is a statistical anomaly.  Nothing more.

If it really was Option 2, it would happen all the time like Option 1 does.