Jurisdictional Risk is nothing to sleep on when it comes to investing, especially the mining stocks many of us hold.

It used to be okay to take on suspect jurisdictions if the upside was still there.

Now I’m not so sure.

What Are You Talking About?

Please see Episode 5 of the 10-Minute Contrarian Podcast to get up to speed.  Jurisdictional Risk is nothing to simply gloss over.

Some of the best mineral and oil deposits are in countries or even states/provinces with suspect government entities.

Entities who are not friendly to the mining space in general, and who came into power after these mines had already been up and running for some time.

Now what dangers can a dumbass government have on the drilling and mining space?

Amongst a host of other things they can do to destroy these companies, and their shareholders.

In much of the developing world, times are getting desperate.  I fear they will get a LOT more desperate going forward.

What will governments do when their people are starving and revolting at the same time?

What will governments do when they have the green light to declare force majeure and do whatever they want to the foreign industries operating inside of their countries?

I don’t want to find out.

One of the uranium plays I was seriously looking at, and almost pulled the trigger on was Goviex Uranium Inc (GVXXF), whose primary operations are out of Niger.

Niger is an interesting place.  On one hand, it’s central government is almost non-existent.  It’s merely an amalgamation of tribes with their own sets of laws and ways of doing business.

In a way, it’s quite decentralized, which as we’ve learned in crypto can actually be a good thing.

Also nice is how unlike a lot of African countries, Niger only imports about 15% of their food, which is crazy good for a country that’s mostly desert.

But the tribal thing is bothersome.  With all of the chaos about to envelop the world, factions all over the globe are going to be trying to take over power — and other nations are going to see it happening.

At any point in time, something so decentralized like Niger can fall apart in a hurry. 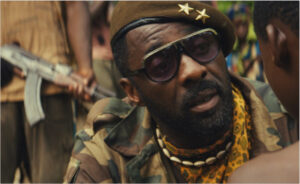 And as far as suspect jurisdictions go, Niger is IMO one of the safer ones, but I’m no longer considering it.  In these situations, I actually want something centralized that is mining friendly, and in a great jurisdiction.

Even legendary investor Rick Rule, who used to brag about making most of his money in places like Russia and DRC, just took a massive blow with everything going on with Russia and their sanctions.

So how do we know what’s safe and what’s not?

If you listened to the podcast, you would already know what to do, and you would have acted on it by now.

The US has extended lines of credit in USD to countries we deem friendly.  This also helps ensure they will not do anything stupid when it comes to their resources, though it COULD still happen, it likely will not.

Especially now.  Canada actually may have gone full ESG-dumbassery in a few of their provinces, but with the energy crisis become more and more real by the day, if the current administrations around the world want votes, they will be forced to switch teams.

Having a USD-based line of credit is super important to countries around the world, and they will not want to screw that up, even if times get tough, because that line of credit may be one of their only ways out.

It is for this reason, I have moved all of my mining positions to positive Swap Line countries.

This is not official advice, do whatever you like.  But the time to take wild chances in shady jurisdictions, in my opinion, is over for the time being.