One of the shittiest, yet most abundant sources of protein might be going down in supply, while demand could very well rocket out of control in the next year or two.  Soybean investing will benefit.

As always, not financial advice, I just report on what I’m seeing.

One of the more sneaky good investments of the 2010’s was to buy grazing land in developing nations.

The idea was that obviously people would seek out more quality protein as they got wealthier, because why wouldn’t you?  Most countries have access to protein, but it’s no secret that there are levels to the overall quality.

Beef is often at the top, and no surprise it’s the most expensive.  Pork likely takes second, chicken third, fish fourth (only because of its lower protein density), and then there’s a large drop-off after that, as you really have to eat a lot of the protein substitutes to equal one serving of animal protein.

The only way to even come close to equaling one serving of animal protein is to process the living crap out of things like soybeans, which in turn has very apparent effects on your endocrine system, which perfectly explains why so many vegetarians and vegans look and act the way they do. 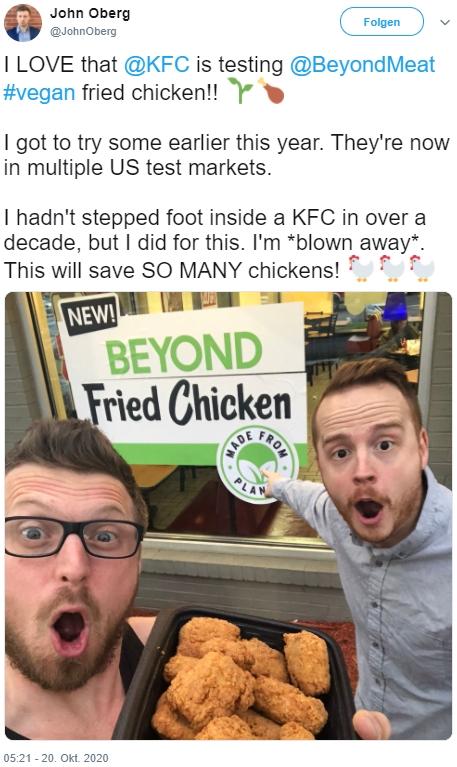 Wow, awesome!  So is sugar, opium, and the vast majority of poisons.

But soybeans are abundant.  Man are they ever.

Farms all over the world have switched over to soybean production due to its yield and it’s increasing demand.

But this bump in supply has already happened, and is factored into today’s price.

Look for supply to stagnate over this decade.

And thanks to deglobalization and governments being governments, this supply/demand ratio should only get a lot more investor-friendly.

Have you heard of the African Swine Flu?

Do you know what it just did to China’s pork population?

Pork is far and away China’s #1 source of animal protein.

Keep in mind, this is a nation that imports 80% of its food already.  Having a high-quality animal protein they can produce themselves (not pay out the ass for), it vital.

And 2/3 of it is in danger of being wiped off the planet due to culling from the Swine Flu epidemic.  A lot of it already has been.

Even when things were good, China imported copious amounts of soybeans from places like Brazil and the US. 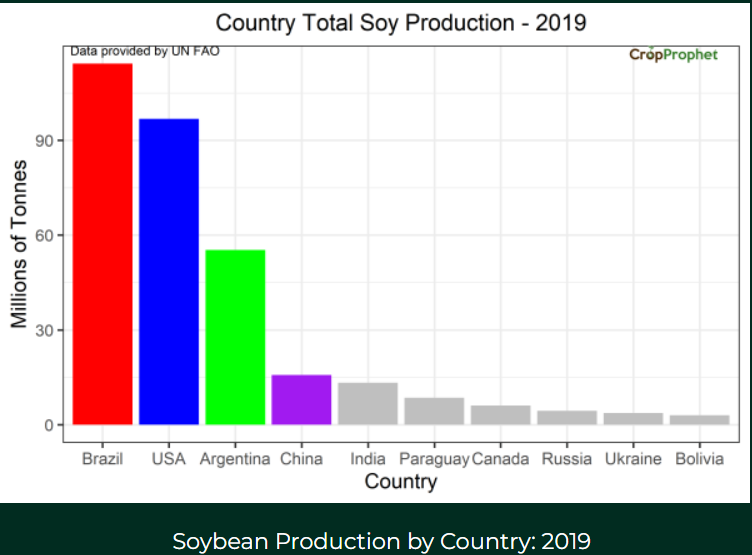 Note the drop-off after Argentina.

They still do get some from the US, but as our trade alliance finally nears its bitter end, those soybeans are going to go elsewhere (more on that in a moment).

Methane gas emitted by cattle is not super great for the environment, especially those from factory farms where they eat everything a steer is not genetically evolved to eat all day.

But it’s not the cause of climate change, nor is getting rid of it an impactful solution.

But that’s not stopping the elites from making it so.

We saw what happened in the Netherlands, right?

This will continue.  It’s pretty clear their main goal is to scale back heavily on the amount of high-quality protein, and replace it with terrible alternatives.

If they succeed, replacing grazing land, or factory farming land with agriculture will not be a 24-hour turn.  It takes years.

In that time, protein, no matter how shitty, will be in even higher demand.  In countries who are desperate for it, and even possibly in countries that aren’t.

Keep in mind, deglobalization, which is almost fully here now, makes the price of everything go up.  But food is more essential, so food producers hold all the cards.

Supply should remain about the same.  The difference however, the price of the energy outputs going up, and the negotiating power of all parties involved on the supply-side.

The demand in question has yet to even come close to fully manifesting itself.  We do not have a food crisis yet.

But there is this Energy Crisis, which we are in the early throes of, despite the naysayers from months ago.

“You can’t have an energy crisis AND high inflation at the same time VP”.

Ask Europe about that.

And so far, supply has stagnated.  Even when we thought it was going to get better…

It turns out it didn’t.

If we have a food crises, the price of all food goes up, including the ones which are more easily mass-produced.

If we have an energy crisis, which we do, food is sure to follow.

Remember too, we’re still eating last year’s crop.  For the next month or so.

There are lots of factors that can only exacerbate the crisis even further, but high energy prices are a big one, and one that’s already here.

Farmers and transporters know about the demand.  They always do.  It’s their job.

And when the cost of doing business goes up, and the producers KNOW they have their customers by the balls…..

Number go up.  Way up.  With the possibility of it going ever more way up.

Want to add fuel to the fire? You also have the potential instability of Brazil forthcoming due to the elections…

This is one of those cases where I just don’t see any bear cases for soybeans going forward.

How to Play It

We spoke about a looming food crisis already on Episode 41 of the 10-Minute Contrarian Podcast.

And I still like the Teucrium family of ETFs here.  In this case, ticker symbol SOYB.

Price has held steady most of the year.  Remember, this is a commodity, and one that’s high in demand.  You’re not getting a deep discount here because the stock market is going down.

But it’s the upside we’re after.

And it looks to me like the upside is inevitable.