Does Michael Burry from “The Big Short” listen to the 10-Minute Contrarian Podcast?

If you haven’t seen the movie “The Big Short”, just go watch it for chrissakes.

“The Big Short”, “Margin Call”, and “Too Big To Fail” need to have been seen at least 3 times each by every contrarian investor.

No exceptions.  Get to it.

Michael Burry, played by Christian Bale in the movie, went incredibly short on the housing market, and took shit from every direction possible, especially when it wasn’t working.

This is common.  He wasn’t crazy, he was just early.  We’re all early.  You have to get on board with that.

He eventually became rich and famous off of his short.

A bit of an eccentric character to say the lease (Bale was a great cast there), Burry took to Twitter years ago to share his thoughts and even his moves.

The people who ran Twitter at the time, and all of the people they were in bed with, were not happy.

Burry changed his twitter handle to “Cassandra”, named after a Greek priestess who was cursed to deliver true prophesies that were never to be believed.

He not only got booted from Twitter in the past, but he has since resurfaced, then voluntarily comes and goes, despite having over 1 million follows. 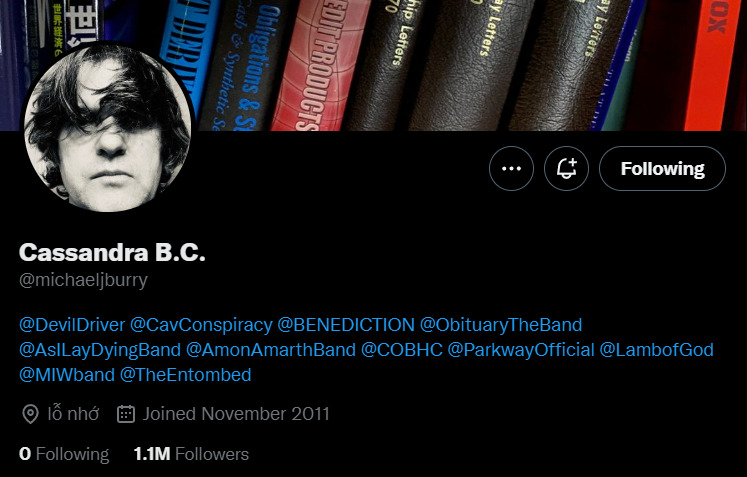 Nope, nothing weird about this at all.

His Twitter is currently down, but enter the Michael Burry Stock Tracker to keep it all going!

This is from the same guy who does the Nancy Pelosi Stock Tracker, which has gotten banned in the past (wonder why), but is currently up and running.

Hopefully with the new management these things stay up.  They’re tremendously helpful.

In episode 45, I brought up the idea of investing in prison stocks due to the inevitable unrest from a declining economy.

This past week, the Burry Stock Tracker hits us with this…

His portfolio is now over 50% in prison stocks

$GEO and $CXW were mentioned on the podcast.

Oddly enough, we are in a time where criminals aren’t getting put away like they were.

Being a menace to society has never been more comfortable and more coddled-to than it is right now.

Not to make this political, but it needs to be said, the more liberal a government is, the more street criminals get to run amok.  This is almost always the case.

I never quite understood the idea of pampering the .0002% at the expense of everyone else, but here we are.

Will the political make-up of governments need to change before these prison stocks get more appealing, or will things get so out-of-control soon enough to where they are appealing right now?

Only you can forecast this for yourself, but now we have extra confirmation that these are good investments for the future.

As always, your decisions and therefore your results are your own.