Yesterday marked the first day of Winter in the Northern Hemisphere.

A Winter that may go down in history.

Please understand, even though we contrarians stand to profit from something like this, I would really rather not.

I think energy stocks, for example, will be going up regardless, and we don’t need this to happen for it to be so.

But we need to anticipate the worst sometimes, and this could very well be it.

When billions upon billions of currency leaves the energy sector because of people falling for narratives like ESG, really bad things happen.

Remember, people never had a real reason to pull money out of these fossil fuel companies until around 2017.

Then they got scared. 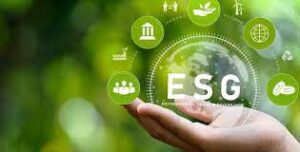 “If you just give your money to us, we won’t all die, and we’ll also promise to be really nice to minorities too.  You believe us, right?”

Always remember, none of these funds and ETFs give a royal shit about the environment, social justice, any of that.  They’ll certainly tell you they do.

But you should have asked yourself, “They didn’t seem to care about any of this two years ago, why do they all of a sudden care now?”

They bow down to the almighty bottom line at the end of the day.  No different than before.

And many felt their bottom line was about to be threatened if they didn’t make a major pivot.

And why wouldn’t they feel this way?  This was a government narrative.  And not just one government — almost every government in the West had combined forces to make this ESG narrative so.

The road to hell is paved with…..okay I’ll stop.

Money flooded from one industry into another.  Precisely what they wanted.  Many elites cashed out big off of this.

But what people failed to realize was that governments rarely do things right.  And if they make shareholders a bunch of money, they do it in private, to where only a selected few benefit.

They never do this shit in public for all to partake in.

This being said, I am still long-term bullish on Carbon Credits, because I feel this is something that is far less publicized (for fear of backlash), and the alpha is still there.

But these governments got fast and loose with ENERGY of all things, which is something you just cannot fuck with like this.  Energy = Life.  And now everyone who is not an elite will pay.

Europe, who gleefully allows this shit to happen more than everyone else does, will likely be the first to go through the wringer.

With their main fuel, natural gas, being heavily strained form a supply standpoint, the gas will still be there, but the price is now multitudes higher than it was before.

The colder it gets, the more gets used, the higher price goes.  AKA a “Demand Squeeze”.

There can be real domino effects to something like this.  It doesn’t just affect citizens.

Stores, restaurants that don’t deliver, and most importantly factories get hit even harder.

This can do two very apparent things.

You do not want a sharp move from inflation to deflation, let’s just say that.  This means people went from spending lots of money to barely spending any.

This is another blog for another day.

2 – Industry shuts down and leaves

If you own a factory that makes things, you typically operate under very thin margins.

Any rise in the cost of materials or power is going to hurt, and hurt bad, often making you insolvent.

To best describe the ripple effect here, imagine the parts you need for your machines comes from another factory.

What does that do to the cost of those parts now?

So your parts just got a lot more expensive.  You could barely afford the ones you were buying before.

Now, to make matters worse, if their power bill has tripled, so has yours.  And you know how much power a freaking factory uses.

Oh and not to mention, you have to pay your employees a lot more now because they went on strike 6 months ago because their wages weren’t keeping up with the 10% inflation rate in the EU, and you couldn’t afford to lose an experienced workforce.

You were fucked if one of those things happened.  Now all three have happened.

Now you have zero choice.  You can either

a) Shut down operations altogether

b) Attempt to keep the money flowing by sucking it up and moving elsewhere.  Elsewhere being out of the Eurozone.

This takes investor money out of your company, out of whatever stock market your company was a part of, and out of Europe.

And now countries in the Eurozone either have to pay more to buy your product, or get it from somewhere else.

The restaurants around your factory are affected, as are the truckers who ferry your product, as are the banks you deal with, etc etc.

Bad, puppet governments have dire consequences.  And you don’t feel them right away.  But when you do, it all comes at once.

If it’s inevitable, know that it could be coming to your neck of the woods very soon, so you better make your money now.

I do not see a situation to where there is a freezing cold winter in the EU, and the EUR goes anywhere but down, for reasons we spoke of before.

When money is either not being spent in your country, or leaving your country altogether, or both, the value of your currency goes down.

To my friends and followers in the EU, have an escape route.  You probably won’t have to use it, but if there’s any chance at all, at least having a contingency plan in place is free and takes little time to craft.

Your immediate family may not approve of leaving now, but if things all go according to plan, they’ll join your side in a hurry.

We have had it too good for too long.  Most of us have not known any real strife.  And when there does become strife, all bets are off.