People get really excited when they first see and use the TDI indicator.

Then reality sinks in.

Watching the video is a must here, especially to see the ghoulish climax.

But for my strictly-readers, let’s break this down.

It’s Four, FOUR Indicators In One!!

You don’t see it too often.  Entire systems of indicators working together to create one big one.

Sounds great right?  If one is good, four is better!

Problem is, the vast majority of indicators don’t work too well.

So if one is bad, the rest are bound to fail you. 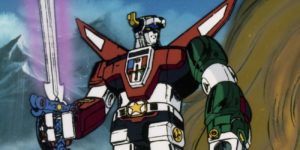 “Dude, tell me about it! Fucking Pidge, I swear.”

And this thing is choc full of suckass indicators.  I don’t even know where to start.

I’m lying.  I know exactly where to start.

The main signal-giver of the TDI indicator is the junk-ass freaking RSI of all things.

The RSI, of Dirty Dozen fame, as expected, moves way too fast and gives way too many signals when you let it out of its cage.

Even when you slow it down, the mechanics of it are so old and faulty, it’s always an inferior option compared to one of the many improvements that have come along since.

And if the RSI is your top signal giver, you have chosen poorly, no matter what the rest of the indicators do.

Just kidding, it gets even worse.

Again, in the Dirty Dozen you’ll see Bollinger Bands listed even though I haven’t made any material on them directly just yet.

What I will say in its favor is on the TDI, they’re used mainly as a volume indicator.

And it doesn’t do too bad of a job of this, apart from the fact that it lags heavy, and when trends consolidate, it’s too slow to inform you of this.

Those can be two pretty big problems actually.

This is the slow moving yellow line that nobody pays attention to.

The shy girl in the corner with the glasses and her hair tied back from the 80s movies. 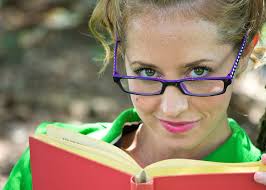 Give her a chance, test her out, see if she can boogie.

And man, at first, were we in love.

Backtesting just the yellow market base line, I found a stand-alone indicator that gave me winning trades at an 85-90% clip, depending on the currency pair.

This was that “eureka moment” I’d heard people talk about.

I had to start trading with her right away.

Started a new real-money account (a really stupid idea), and got to work with my new bae.

I used her to determine overall trend bias, and let my other indicators handle entries.

A few wins, a few losses.

It’s an anomaly, we’ll keep on.

Okay, hang the fuck on now.

I was trading smaller times frames then, another mistake, and when one of the candles closed, I noticed something with my magic indicator.

It appeared to change.

Like not the part that’s supposed to change as the candle goes up and down, like damn near half of it appeared to adjust.

Either this is the Mandela Effect, or something was terribly off.

We may have a repainting indicator on our hands!

I had to know.

So I tested her out in real time, and not just backtesting.

To get a better picture of things, I tester her out on the 1 minute chart, so I could better see what was happening without having to wait a bunch.

And there it was.  Her true colors.

She was a repainting indicator.  An indicator whose previous data changes from time to time based on what happens when the current candle closes.

This is an absolute disaster, because this will show signals during backtesting that never actually happened.

Moving averages are averages of past data, not future data.  Once it is determined, it’s permanent.

This is a good thing, because we can backtest to see how our strategies would have worked.

Once that data is compromised, we have nothing.

Worse than nothing, we have a false prophet. 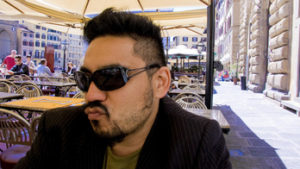 False prophets in this game will lose you a lot of money.

My fellow indicator nerdballs have pointed out how the repainting piece of the TDI, the Market Base Line, does not actually repaint, because the command to repaint is not included in its code.

What it does do however, is adjust past data, which is a cardinal sin in the indicator world, and is still known as “repainting” to most, and I would still call it that, whether I’m right or wrong from a technical definition.

So this is what we’re going with.

Be very wary of all-in-one indicators.  Every indicator in there must work like a charm for the whole thing to be successful overall.

And what are the chances of that?  Unbelievably low.

When you combine the RSI, Bollinger Bands, and a REPAINTING FUCKING INDICATOR, what are the chances of success now?

But in the end, we’re all stronger.  We know what red flags to look for now.  We won’t this mistake ever again.