The RSI Indicator looked so easy when you first saw it.

It worked so well every time somebody else used it.

Then what happened when YOU went on to use it?  Did you get the same results?

There are many reasons why you did not.

You can also watch the video I made for this here, or simply continue on.

The Relative Strength Index, or RSI Indicator, is one of the simplest-to-use Forex trading indicators out there.  This is one of the reasons people love it.

Problem is, out of all the reasons people love it, “It makes me money” is not one of them.  And that’s what we care about here at No Nonsense Forex.

Here’s the video I made for the RSI, and I use my own charts to show you how it absolutely does not make you money.

In this blog post, I will take the most common arguments traders may use against the idea that the RSI is awful one by one.  Chances are, one of those arguments is yours.

How Do You Use The RSI Indicator? 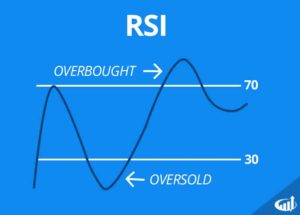 For most traders, it is super simple.  Set your parameters at 70 and 30 (this is often already done for you).

When the line enters overbought territory above 70, wait for it to cross back below 70, and go short.

When the line enters oversold territory below 30, wait for it to cross back above 30, and go long.

We Already Have a Problem

Here’s the problem:  Overbought and Oversold isn’t even a real thing in Forex.  It is in stocks.  It is in gold.  Those things have intrinsic value.  Currency pairs do not.  They can go as high or as low as the Big Banks want them to go, until a governmental body steps in, but that could take thousands of pips before that ever happens.

So by the very definition of what it does, it’s already flawed.

Add in the fact that it was created in 1978, eighteen years before spot Forex was even open to the retail public, and you are now the proud owner of a defunct indicator that you’re not even using for the right market. 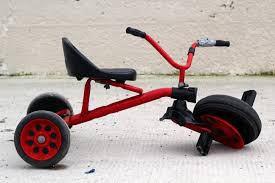 It’s broken, and it’s not fixable. It cannot work for you.

We could stop there.  Most of you have never heard of anyone saying anything negative about the RSI.  This should scare the hell out of you.  As bad as this thing is, what else aren’t they telling you?

Over 99% of Forex traders either lose money, or never get to a point where they can trade for a living.  And shit like this is the reason.

You are stuck in an echo chamber where everyone in it is being way too supportive of things that don’t work.

Did you know there are thousands of Forex trading indicators out there?  That were actually MADE for the Forex market?  And most of them were created THIS century!!

“I still can’t believe this.”

It’s a hard sell to people who have been told one thing their entire trading career.  So let’s go argument-by-argument and try to get you to see this.

1 – But I See This Indicator on Financial TV All The Time!

Good for you!  It means nothing.

CNBC and Bloomberg, and even lesser-watched channels like Fox Business and Cheddar will, when they even bother to show technical analysis, often show a chart with the RSI underneath it.

To you, this gives the RSI authority.  These people are finance “experts”.  They wear nice suits.  They speak all smart.

They are not Forex traders

These people don’t make their money trading.  They don’t have to.  They can show you whatever they want, and right or wrong it doesn’t matter.

If they were right, they can replay it and show you how right they were.

If they were wrong, they can just move on to something else.  And by the way, they are wrong all the time.

But all of this is null and void anyway, because rarely will they ever make a prediction as to long or short based on a chart they show you.  It almost never happens.  Because…

They are not technical traders

These news networks spend almost none of their time on charts and chart-reading.  Things like this are of no real interest to viewers of financial networks.  It takes too long to teach.  It takes no time to simply broadcast news stories.

Technical traders like us are actually a rarity.  As for people watching at home, if you ARE going to show them a chart, you need to dumb it down as much as possible to avoid confusing the viewer.

There’s nothing as dumb and simple as a trend line or an indicator like the RSI.

And this does NOT give it credibility and it does NOT mean you should be using it too.

This is a stupid reasoning for using the RSI.

Does “almost everyone” win or lose at Forex trading?  That’s what I thought.

This is not stocks.  You do NOT want to do what is popular.

The popular group gets eaten by the Big Banks.

The popular group forever ends up in the 99% of traders that will never be able to trade at a professional level.

If you haven’t figured this out by now (and my readers already have), you need to, at all costs, avoid the tools that put you on the popular side of the trade at the most popular areas of the chart.

It’s the only way to put the odds in your favor.  We don’t have the luxury of knowing where the popular side actually is, but we sure can up our odds of avoiding them by not using the same things they use.

And if you want to go completely against what I just said, then by all means, please go and use the most popular indicator in Forex.  Don’t say I didn’t warn you.

3 – The RSI Indicator Does Work In Range-Bound Markets

Q: When do you find out you’re in a range-bound market? 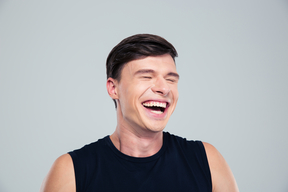 “Haaaaaaaa!  VP does it again!” 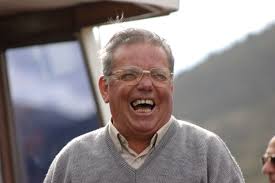 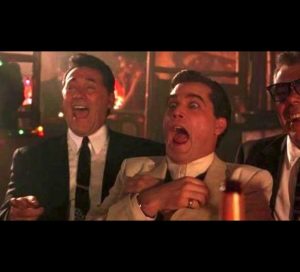 Okay, seriously.  Being able to trade within a range would be great — if you know when a range was coming..

What is a range you ask?

It’s that thing in the middle.

Thanks to Forex.com for providing the above image.

And yes, I’m sure it works just fine within a range, but my response is three-fold

It’s a weak argument, and an argument that only works in hindsight.  Unfortunately for us traders, we have to make our trades based on what’s happening to the right of the current candle, not the left.

4 – “I’ve had success trading with the RSI before”

Define “success”.  You won a few trades?  Good, you’re supposed to.  If the RSI was never ever right, we would all be millionaires because all we would have to do is take the opposite side every time.

Are you winning with it consistently?  Is it making your trading account, at the end of the year, a double-digit ROI?

Didn’t think so.  And if for some bizarro reason it was, just know there are way better options for you to be using, and that number could be a lot higher than it is.

You’re using your heart instead of your head — and you’ll never make money that way.

Speaking of trading with your heart, I have a pretty good theory on why you’re using the RSI right now.

Cuz My Teacher Told Me So

When you learned Forex trading for the first time, it was a very exciting time I’ll bet you.  It certainly was for me.

You learned how to read a chart, which before you found to be daunting and overwhelming, you then when on to find it incredibly exciting.

The most exciting part about it was how you could use these really simple tools, and just by the simple act of placing them on your chart, you can now determine which way price was gong to go!  This is great!!

Problem was, we were mislead.

What the instructor was sure to do, and what almost every Twitter Forex wonk loves to do too, and that was….

They only showed you examples where the indicator/tool worked perfectly.

I understand they’re supposed to get you fired up about trading, but I still think it’s a dick move.

It’s a trick pyramid-scheme companies use to lure in unsuspecting prospects.  Only show them who’s winning — even if it’s only a very small amount of people.

And there’s no reason for Forex educators to do this, because there’s nothing in it for them.

Yet they do.  And the one of the indicators they get people excited about the most is the RSI.

Why?  Because again, it’s super easy to read and use.

So you started using it, and you wanted to see if other traders out there were using it too.

And they were!  Were they ever.

And now we’re back to being popular again.  And the Big Banks continued to eat our lunch.

Are you starting to see how this works?

There Is Good News However

Did you know there are literally thousands of Forex trading indicators out there that are not only free, but a lot of them can do a much better job at predicting direction than the RSI?

The guy on Twitter who calls himself a “pro trader” didn’t know it either.

Almost nobody knows about this!!  Drives me nuts sometimes.

There are so many alternatives, and even though we’re going to go over a few in the future, you can still get out there and discover them for yourself and start finding indicators that work better for you.

What’s even better is many of these indicators were made this century!

And they were made for Forex trading!!

Take the RSI Indicator off of your chart forever.  Your trading will improve.

And seek out better alternatives.  They are out there, and they are better!

And don’t let anyone tell you this horrible, outdated, faulty indicator is a viable way to trade.  Get out of that popular circle, and into something that will make your account turn a real profit year after year.

And could you please stop following these people?  They’re hurting, not helping.  For chrissakes, just do what I say instead.