To have the best MACD Strategy, you have to realize what you’re dealing with here.

The MACD indicator is one of the most popular indicators in the world.

But nobody uses it the right way.

Let’s put a proper MACD strategy together by using the best parts of it and ignoring the parts that fall short.

As always, you may watch the video for this blog post here, or simply continue reading on.

Before we go too far here and lay out a real MACD strategy, I want to point a few things out — all of which pertain to the point that the MACD has many variations, even in its most common form.

There has always been debate with the indicator nerds (present) on which type of moving average (the “MA” in “MACD”) needs to be represented.  The default settings are always the same, 26 12 and 9.

But as far as which moving average?  It doesn’t matter.

Try them both out if you must, but there is no right answer, so don’t be concerned with that.

The important thing is that you avoid using the MACD provided on Oanda’s MT4, and other MT4s around the world.  It’s a travesty, and not helpful to anyone.  You may have to zoom in to see it.

You instead want something that looks more like what you saw in the BabyPips School. 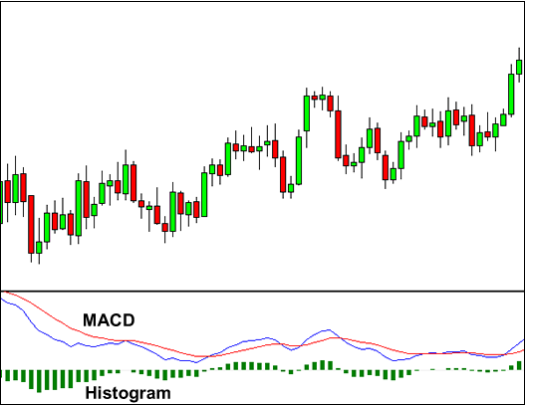 The SMA vs EMA nerds can debate all the want.  Just find one that looks good and go with it.

The histogram on the MACD is useless.  I explained why in the video, but your best move is to ignore it.

You will find variations of the MACD down the line that utilize the histogram as a primary tool, and in that case, you have no choice but to use it.

But in most cases, I don’t know why it even exists.  It’s useless.  Please ignore it.

Is The MACD A Good Indicator To Use?

Contrary to everything else you’ll ever read, it’s not really.

It wasn’t horrible enough to be included in my Dirty Dozen video, but it’s not going to make your trading net positive either.

I am not here to show you how to use the MACD.  There are hundreds of other places to go here.  Just know that neither one of those two main things the MACD does are effective.

First off know the MACD indicator was created in the 1970s for stock trading.

And thousands of man-hours have been wasted creating blogs and videos showing you how to “win” with it, instead of showing you indicators that actually work for the Forex market.

The vast, vast majority of people use it to try and call reversals.  Another bad move.  Reversals are a sucker’s game.

As far as trying to call a trend, the MACD isn’t the worst thing on the planet, but it won’t get you to where you want to be.

Try finding other indicators that confirm a trend by crossing a zero line, and compare them with the MACD’s ability to do the same thing.

If it’s beats the MACD, keep it.  Then keep trying to find better ones than that.

There Are Other MACD Indicators??  Might They Actually Work??

Did you know there have been other MACDs and other variations of the MACD created this century?  You can try those too you know.

Nobody does this because they are lazy.  They take the first thing you give them, and preach its gospel fro mthe mountaintops without every trying any of the other (better) versions.

Here are a couple of examples.  I wanted to just put the link here, but WordPress doesn’t allow this for “Security Reasons”, so I’ll just link you to the destination.

Zero-Lag MACD – Keep in mind, this looks like the piece-of-shit MACD I showed you earlier, but attempting to make an indicator that doesn’t lag is certainly a plus, and should be looked at.

Impulse MACD – A very interesting version which simply sits itself on the zero line if there’s no trend, then moves when it thinks there is one.  Will take some tweaking with the settings to make it consistently usable, but a neat idea here.

You will also find variations that try and combine elements of the RSI, OsMA, Stochastics, and even Bollinger bands with the MACD.  I skipped over most of these with the thought that combining two shitty indicators probably won’t make a good one, but I could always be wrong.

“Where the hell do I find these?”, the people whined, after I just made their search 10X easier.

Well, the MACD features both, and it has dozens of variations.  Maybe you could……I dunno…….start there?

The best component of the MACD is a component almost nobody bothers using, which is crazy to me since it’s right there in front of you. 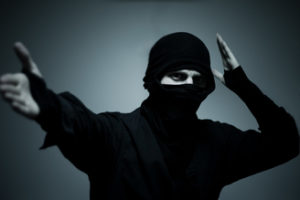 Make sure both lines are above the zero line, and have never gone below it since it last crossed itself.

Then, if they cross upward, go long.

Again, you may have to zoom in as I can’t make these images any bigger, but below is a great visual of this. 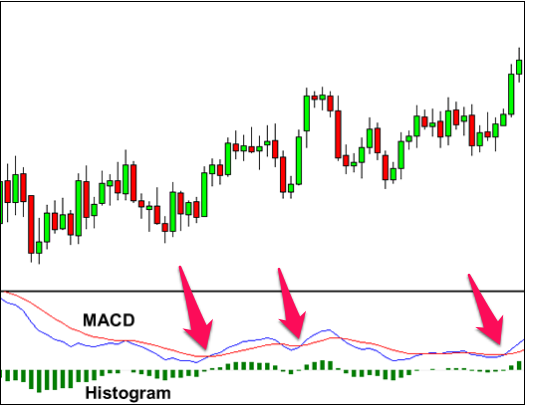 Examples of the type of long trades I’m talking about.

Remember, if either of those lines had crossed below the histogram at any time, it’s no longer a valid trade.  You would have to wait for them to stay above the histogram and start again.

Just do the opposite.  Make sure the lines are below zero and wait for them to cross downward.

This Has Been A Gigantic Tip (Did You Catch It?)

I call these continuation trades, and you will hear me refer to them a lot in the future.

They are responsible for the biggest trades I have made in my career.  Without them, I would have probably half the success I have now.

You better go read that section again if any of it is unclear.

Now know this, the continuation trades the MACD gives you are inferior to what you are going to find with better indicators.

In your searches, you will run into indicators that have a zero line and also have two lines that cross each other.

Compare them to the MACD as well.  Find out which one gives you better continuation trades.  If it is the one you are testing, keep that sucker.  You just found something good.

But never stop there.  Always keep looking for something better.

This is the real MACD Strategy —  to not be bound by all of the pieces it gives you.

I keep making things easier for you in your search for the perfect trend indicator.

We take the MACD, which even at its best, when it tries to give you those ninja confirmation trades, still falls flat compared to other options.

….unless you parse out the best parts of it, then you may just have something.

But if you are a fan of the blog, and of indicators, and of the way we trade, you can REALLY use the components of the MACD and it’s variations to further your search.

Because they will come up again.

I wanted to give you as much as I could from an indicator-search standpoint before we start getting into other topics, which I really feel I need to start doing.  We’ll come back to indicators soon enough, no fear.

But it’s time to take everything you know so far and GO GET IT!!