You have a great trading system you put together, but it clearly works better on certain currency pairs, while other pairs fall short.

Should you make adjustments just on the bad ones so you can maximize efficiency?

The answer is not that simple, and not set in stone.

Episode 48’s question is from Renato

“I’ve noticed in backtesting how certain currency pairs perform a lot better than others do.  Do you think it would benefit me to take those currency pairs that underperform and change the settings on my algorithm to see if they perform better?”

So in other words, if you have pairs that consistently give you less pips than others, should you go in and tweak the settings on your system just for THOSE PAIRS?

You can listen to the podcast here, or  simply continue on in the blog.

Your Brain In Motion

This is a good question and a common one these days now that we have put our systems together to near completion.

So, like you’re supposed to, you’re backtesting, and noticing how certain pairs just love your system and others consistently do not.

What if, for those pairs who aren’t giving you the level of winning your best pairs are, that we adjust the settings on our system just for those pairs to get our results higher?

I mean, if I can get 28 currency pairs all cranking out wins for me, year after year, Lamborghini muthafuckaaaaa!!! 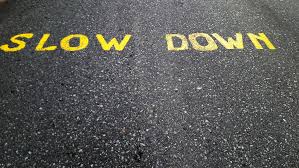 What Exactly Are You Looking At?

The first thing I want to ask you is — How far back are you going to get these results you’re talking about?

Three years?  Much better.  Should give you a good idea overall.

And even still, we know from forward testing, that our backtesting results, as meticulous as we tried to be, still left a lot to be desired.

Translation:  These are not 100% accurate results we’re looking at.  The good ones and the bad ones alike.

On the daily chart, never forget this…..

Currency Pairs Do Not Have Their Own Unique Movements

Yes, certain pairs tend to trend more often than others, and stagnate less than others.

Because they do not do that all the time, nor do they even do it half the time.  They always change course. 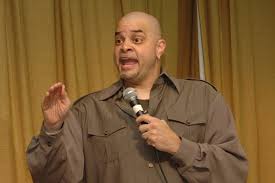 A currency pair that’s giving you tremendous returns over and over again will absolutely not be doing this forever.  There’s a streak of shit coming down the line, believe me, it’s just a matter of when.

And that pair who just murders your account every time you try to trade it?

You know what’s gonna happen the second you decide to stop trading it?

If you disagreed with anything I just said, and you think you know this market inside and out, let’s see you prove it.

I’m going to put up three images or FX pairs, and I won’t go back further than the past 5 years, and you tell me which pair each one is.

These are all daily chart, and about a 8-9 month range.

No cheating and looking at your charts.  I’ll even show the date range at the bottom of the image to make it easier.

Think you got all three?  I’d bet you didn’t even get one right.

Image 1 – This pair was a mess, this pair would have likely eaten your trading account up all by itself.

Image 2 – This pair trended nicely with maybe one little zone of chopiness, but you should have made good money there

Image 3 – This pair was a disaster early on, but then gave you a smooth, textbook inverted head and shoulders pattern in the middle, then started creeping upward towards the end.  Some good some bad there.

Certainly three pairs with different movements over time, but which ones were they, Smart Guy?

If I Didn’t Make It Obvious Already

All three images were the same pair.

All three were EUR/CAD.

If you were to forego backtesting like a lazy turd, and started trading the EUR/CAD during its time on Image 1, you would have cursed its very name, and decided never to test it again.

Or, you would have gone and and tweaked your settings in your algorithm JUST for this pair.

Both would have been bad moves.

So what would the right move have been?

Not every pair is going to treat you and your system like royalty, but that’s why we trade 28 of them!!

This is just what Forex trading is.

Taking a system that works well on the overall market, and going in and micromanaging it and overthinking it, can only lead to a slow destruction of the very system you got such great overall results on in the first place.

Enjoy the prosperity your top pairs are giving you, and be patient with the ones which are doing you dirty, because as soon as you give up on them or trying to adjust to, they will start giving you wonderful results that you just now decided to miss out on because you wanted to get all cute and shit.

Towards the end of the podcast, I spoke about the one condition I would allow.

If you have tested back at least 5 years…

And no matter what, there are a couple of pairs which kill your account every year…

And you’ve forward testing this too, and the results have just never improved…

Just take those pairs out of your trading.

If you’ve been in a bad relationship with somebody for the last 5 years, stop trying to make it better you idiot, and DUMP THEM!!

Now people get attached to the idea of trading certain pairs and are resistant to this.  I’ve heard them say things like (not exactly like this, but this is how I translate it)….

“But I WANNA trade the GBP/JPY because I WANNA!!”

But just understand, with this mindset, one thing I actually can say for sure is that Forex trading is not for you.  It’s for grown adults.  Which means it’s not for you.

Leave your settings as they are.

This is just an opinion too, I even said it in the podcast, I don’t have as much evidence and logic as I’d normally have here.  Just experience and anecdotal evidence this week.

But I’m of the belief that the simple things that work — work.  And it’s best to let them do their jobs.

Even though you created this monster, and you should be constantly trying to improve on it, going in and micromanaging it, pair by pair, falls under the “YOU getting in the way” category IMO.

But you asked, I answered.