Ask any so-called expert what the best Forex pairs to trade are, and you’ll get the worst possible answer.  They will almost always say things like EUR/USD, USD/JPY, and GBP/USD.  They couldn’t be more wrong, and that advice could not be more harmful to your trading.

If you haven’t watched the video or read the blog on the EUR/USD, it’s very important that you do.  It will go in further depth of what I’m about to tell you here.

Because if you’ve never heard it before, it can be quite a shock at first, and you may not want to believe it.

The USD is the worst currency out of the 8 majors as far as FX trading goes.

If you are relatively experienced, you should cut your lots down when trading it.

If you are brand new, it is in your best interest to avoid it all together.

“But everyone I see online trades USD pairs!”

And almost everybody loses, yet shockingly, most people can’t make the connection.

Reasons why trading the USD makes your account go down:

So what, right?  Keep reading.  For whatever reason, no matter where you are on Earth, everyone wants to trade pairs with the USD in them over anything else.  Many will not trade a single pair that doesn’t.

2 – The Big Banks Come and Fuck Up Your Trade

Is this news to you?  Read the Big Banks article.  If you don’t understand this, you might as well stop trading Forex.  The good news is, once you learn, you’ll have a very strong leg up on everyone else.  Anyone who doesn’t understand this phenomenon is doomed to fail.

But in a nutshell, the Big Banks make their money and gain the liquidity to move price up and down partly by taking spot Forex trader’s money.

They do this by finding where most of the money is heading in any particular currency pair, triggering those orders, and then taking price the other way.

They don’t need to do this on more obscure pairs like the NZD/CHF, because there’s not a lot going on in either currency.  It’s not worth their time.

But the EUR/USD??  Or anything else involving the USD?  You bet.  An endless supply of money for the Big Banks.

During major news events, the Big Banks have carte blanche do manipulate price as violently and as nonsensical as they please.  They owe nobody an explanation.

Think your stop loss in is a safe place?  Think again.  Stop-hunting is a real thing.

The world’s new favorite pastime has become flipping out every time Donald Trump says something or tweets something.  Fine with me, do what makes you happy.

Problem is, the market flips out too, and can be even more unpredictable.  And the currency it most fucks with?  Yep, the USD.  As I write this we are in a trade war with China, and random events for the USD are popping up at record rates.

All of this equals an absolute bloodbath for USD traders. 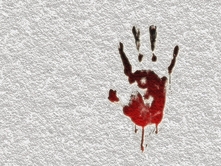 All that remains of most USD traders.

What Can You Do?

The answer is so very simple, yet people still don’t abide by it.

Now the beauty about the second part, is if you trade the daily chart exclusively like I do, you have to worry about far less news events than anyone else does.  If you trade the 5 minute chart, you clearly hate yourself, and losing money is probably your destiny.

What is the best way to avoid the USD and still make a lot of money?  Well, you can actually make a lot more money than you currently do by…

The definitions of what cross pairs actually are can be quite scattered.  My definition, properly correct or not is..

Now not all cross-pairs are created equal.  Trading the CAD/JPY is better than trading the EUR/USD, but the CAD and the JPY both are affected by USD news to a degree, do there are still better options.

There are two cross pairs I favor over just about all of them.  The title gave it away.  The currencies INSIDE those pairs however are worth talking about briefly here, because you can use this information for other pairs down the road.

A very quick read for all three.

So already, these currencies have a lot going for them.  When you trade them together, really great things can happen.

The EUR/GBP is the 8th most traded currency pair last I looked.

To put it into perspective, the top 7 all involve the USD.  And many FX traders are located in the UK and rest of Europe, making this number higher.  People like trading their own currencies.

Even though it’s in 8th place, it only counts for 2% of the market share.  But if you want to be under the radar, and still trade something that has some action, this is a perfect balance.

One thing I particularly like about is is how slow it moves.  Out of the 8 major currency pairs, the EUR/GBP often shows the lowest number on the ATR, which is not only the best indicator in the world, but shows how many pips, top to bottom a currency pair moves per candle.

What this means, is you can have more control over your trade.  I always set a stop loss and take profit levels, but I don’t want both getting hit within the day.  I want to be able to asses the situation and adjust accordingly.  With more volatile pairs, this can be harder to do.  But not the EUR/GBP.  Easy as it gets.

The EUR/GBP also doesn’t react much to major US news events.  United States Non-Farm Payrolls (our jobs report) is the biggest news event of the month.

If you’re currently in a USD pair when this report comes out, it’s not a great place to be.

Even though both currencies are European, they don’t often correlate – meaning if one gets strong the other gets strong too and vice versa.

This was not always the case, but Brexit has made this dream come true.

That dream, for us trend traders, is the fact that this pair is almost always trending in some direction.  Very little stagnation and choppiness, which is where trend traders like us take our losses.

To become one of my favorite pairs to trade, you have to have a lot working in your favor, and the EUR/GBP certainly does.

It used to be the GBP/CHF was just the inverse of the EUR/GBP.  That’s no fun.  Why even bother with both, just pick one and ride it.

But since the EUR/CHF crash of 2015, the EUR and the CHF correlate less and less.  This is great news for us, because now we can trade both independently.

So just carry over all of the advantages I listed for the EUR/GBP.  But you can add on a few more!

The GBP/CHF isn’t even on the list in the link I put up earlier.  Not even in the top 30 of all pairs traded.  If you want to be under the radar from the Big Banks, look no further.

The GBP/CHF moves faster than the EUR/GBP does if that makes a difference to you.  It doesn’t really to me, though all things considered, I’ll take the slower of the two if I had to choose a tie-breaker.

The GBP/CHF trends even MORE often than the EUR/GBP does.

I love this pair.  While you guys are getting your asses handed to you on the EUR/USD and the AUD/USD, I’m over here killing it on the GBP/CHF.

What side would you rather be? 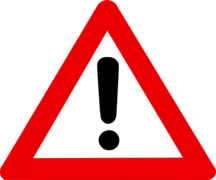 It’s hard to screw this up, but you might.

As much of an advantage it is to trade these two pairs over those in the USD family, you can still screw this up and eliminate any advantage you may have had here.

1 – Don’t trade both at the same time

There’s no need.  You can easily over-leverage yourself into the GBP if you’re not careful here.  Just trade whichever one gives you the signal first, and be happy.

If it’s any type of vote for a major leader or a country leaving the EU, don’t be stupid.  Stay away until the dust settles.

Have I convinced you at all?  I hope so.  This can be a lot easier than it is.  You just have to put the odds in your favor as much as humanly possible.