Currencies do correlate with each other — sometimes.

Can we do anything with this information?

People sure seem to think so.

Episode 45’s question is from a with-held name

“How can we use currency correlations to trade Forex?”

Withheld because I’m not super kind in this episode.

As Usual, My Competition Sucks

For a minute, I just figured I was the only one who wasn’t in on the joke.

Why do so many people talk about currency correlations?  And exactly how do they use them to make money?

I had to know.

So for the sake of you the reader, I spent an hour of my life that I’ll never get back watching videos on how other people describe currency correlations, and if there were any actual takeaways. to be had.

I was actually hopeful — because I’m an idiot.

When I was done, I prayed to God to somehow give me that hour back down the road somewhere, because the regret was heavy.

Right as I asked this, my phone went off, and it was a number I didn’t recognize, so I answered it.

Turns out it was one of those Chinese recorded messages I’ve been getting a lot of lately.  Either God is absolutely not who I thought he was, or my prayer went unanswered.

Anyway, all of the videos I watched were a bunch of garbled nonsense, with almost no actionable strategy anywhere to be found.

The main takeaway I found was “As you can see, when a currency is strong, it will often be strong against many other currencies, not just one”.

Look traders, at this point, if you’re choosing other channels over mine, you deserve exactly what you get.

And what you’re getting are gems like “As you can see, when a currency is strong, it will often be strong against many other currencies, not just one”.

The 99% hears crap like this, and eagerly takes notes. 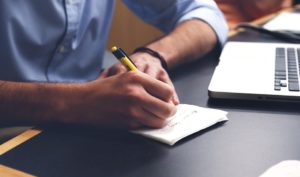 So given the lack of any coherent argument as to why (and even how) we should use them, why are so many people interested?

I do get this question a lot.

Your Love Of Titles

Something I’ve learned as I’ve gotten older is to always have a half-skeptical eye when it comes to the names and titles of things.

This is particularly apparent in Forex trading.

The titles are in bold.  The italics part is our dumb monkey brains getting all excited about titles.

Trend Lines – “Oooh, must be helpful.  I want to trade with the trend, and this tool will help”.

Truth:  Worthless.  If you cannot tell if a pair is going up or down on a chart, straight lines are the least of your problems.

Lagging Indicators – “I don’t wanna use something that lags behind like that.  I want to use LEADING indicators so I can see the future ‘n shit.”

Truth: This is how I know if a YouTube commenter is a complete moron, when they try to ding me for using lagging indicators. The RSI and Stochastics are leading indicators.  Nuff said.  But you think titles are dope, so here we are.

Psychological Levels – “When price hits double zero, traders start frothing at the mouth and jamming pencils in their eyes”.

Truth: There’s nothing “psychological” about these levels at all, and price often completely ignores them.

Currency Correlations – “Currencies are moving the same way at the same time!!  Am I the only one who’s hip to this??  Outta my way Big Banks, I’m going to be rich!”

Walk Me Through It

Okay, let’s say you’ve noticed how lately, the GBP/CAD and the GBP/USD have been moving very similar lately.

Chances are, it’s not as similar as you think from candle to candle, but these two charts do have general direction in common right now. 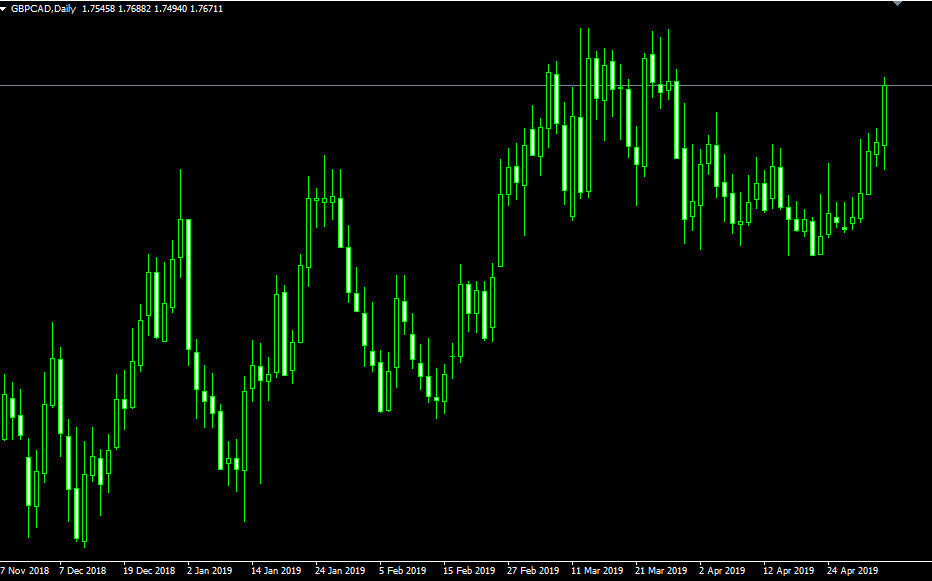 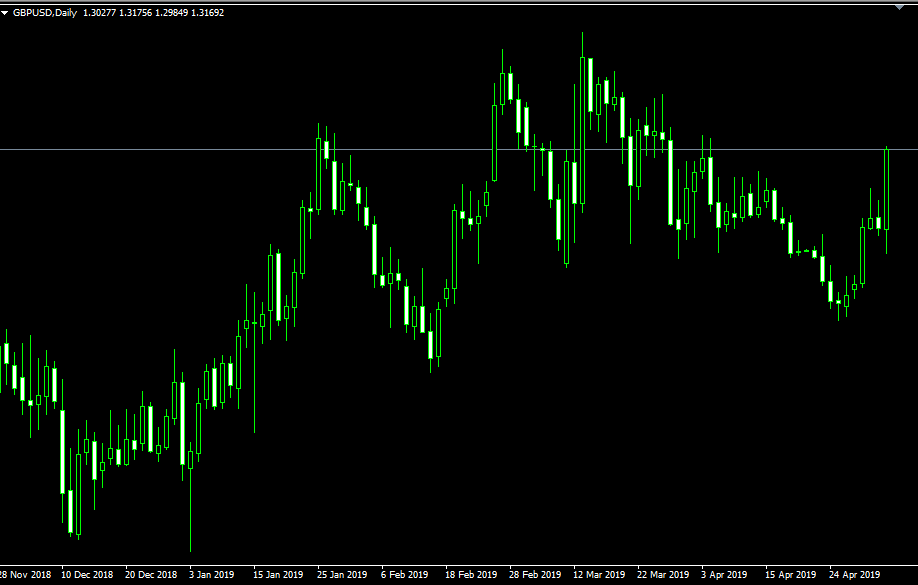 There are two main problems I can see right away however.

Even When They “Move Together”, They Don’t Really

So again, walk me through it like you’re actually trading it.  Because that’s what matters in the end, right?

At what point on those two charts would you have had a canary in the coal mine?  Something that would have tipped you off to the future direction of the other pair.

On the entire chart, which spans all of 2019 up until time of posting, you may have found one or two.

One or two out of…….how many failures?

If they did, that would mean the USD/CAD did absolutely nothing in the past 3 months.  Would have barely moved at all. 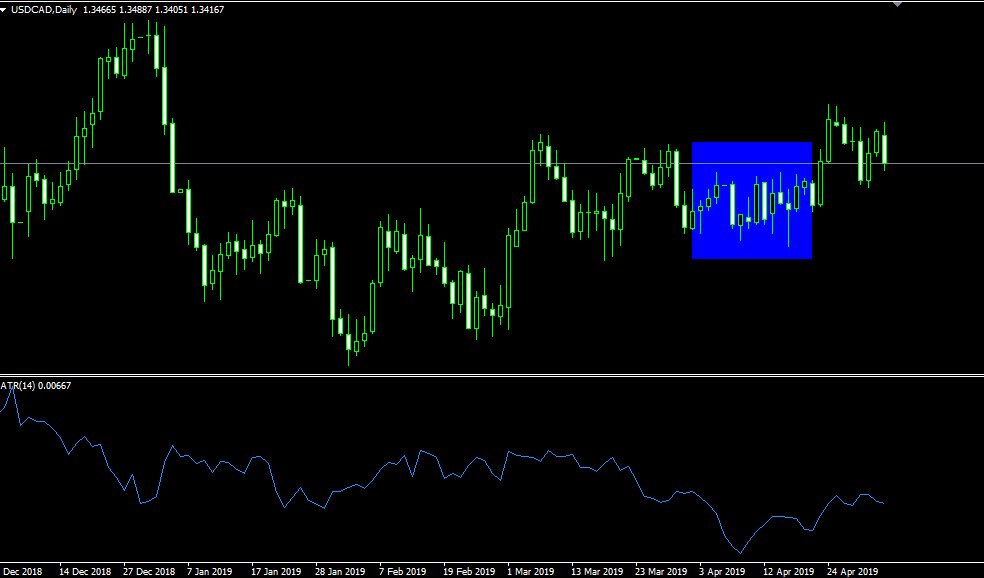 A small patch of consolidation, but moving pretty good overall.  Not flat-lining like you’d expect.  ATR hovering around 60-100ish.

Currencies may “correlate” to the naked eye, but when you really drill down, they never quite seem to give you what you’re looking for.

And Then They Don’t

If we were to take the same two pairs and go back to the last half of 2018, it paint a much different picture. 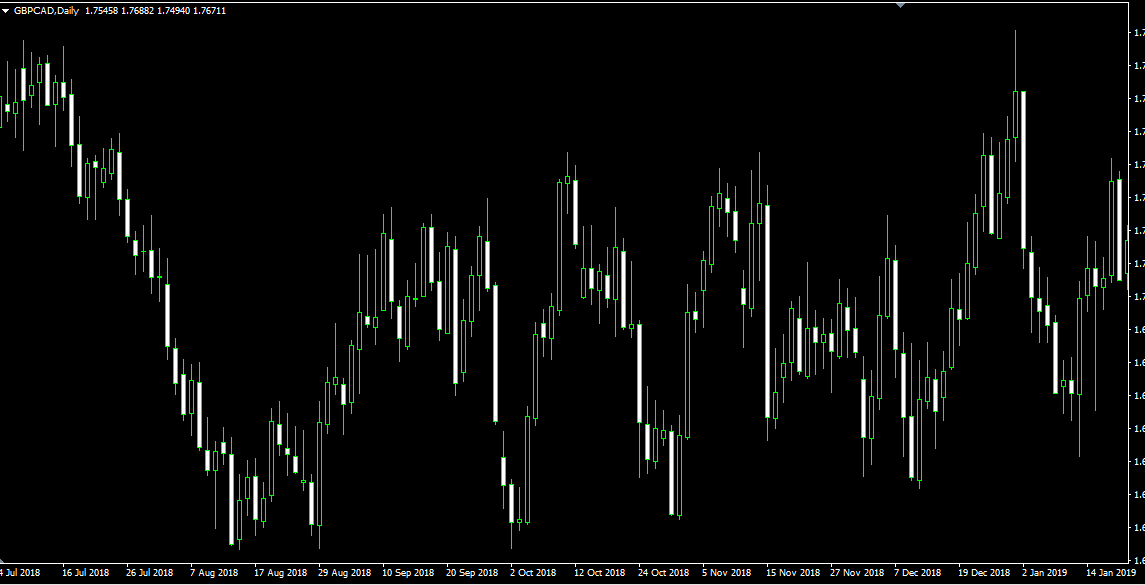 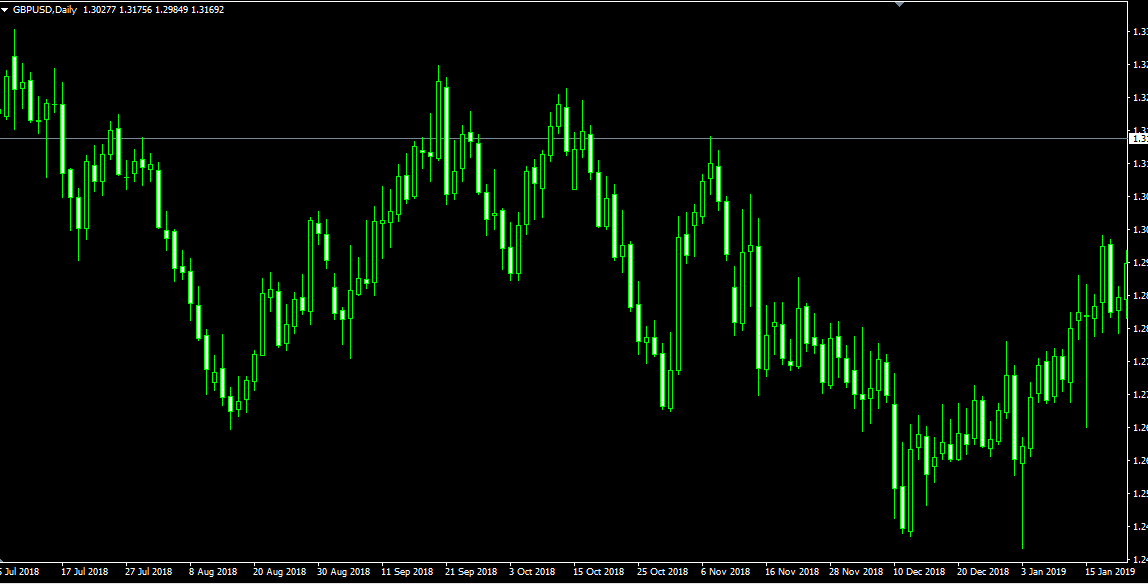 Got ugly there, especially toward the end.  But even when things looked like they might be correlating, they immediately stopped.

Pairs can sometimes run together, and sometimes they don’t.

Million-dollar question though — do you know when these periods of time are going to be?

Do you know when they’re going to change in to a period of time where they’re no longer going to do what they’re doing right now?

You have no idea, and you have no way of knowing.

So stop with the stupid guessing game already.

What you saw in the examples shown was more GBP dominance than anything else.

Not GBP strength per se, but what I call “driving the bus”.  When it came to those two pairs, especially in the first example, what happened with the GBP just mattered more.

And like I said in the podcast, when it’s a currency that comes early in the 8 majors (EUR and GBP) or late (CHF and JPY), these “correlations” are a lot easier to see.

And by “see”, I mean “trick you into thinking there’s something there when there isn’t”.

Even When It’s Good…

I will say I did find a piece on correlations that was well thought-out and came with actual numbers as opposed to hypotheticals and talking to you like you’re brain dead like I found on YouTube.

This article by OctaFX broke it down really nice I thought.

But you’ll probably notice something, or at least I know I did.

Even in the hand-picked examples they use to try and show correlation — there was almost no point on any of those charts that correlated enough to plan a proper trade set-up.

As soon as you think you may have seen one, you peer up at the other chart, and it would have been a whipsaw or a stall-out.

If you don’t value your time a whole lot, you can scour your charts and try to prove me wrong on any of this.

Just know if you do, you have found a complete outlier, and the chances of you being able to discover one again in real-time (when it actually MATTERS), is non-existent.

Trade your f**king system, stop trying to get cute and find these roundabout ways to get an edge where there isn’t one.

You know what does have a huge edge?

A system that has been proven to work over time, backwards and forwards.

And some of you guys always want to choose something else.

It’s your trading, so you, as always, may do as you please.

You know where to find the rest of us.