Forex Twitter loves to point out round numbers on currency pairs and label them things like “Psychological Levels” and “Big Figure”.  Don’t fall for this.

You’re going to want to see the visuals I have for this concept, and this his hard to do in blog form.  So when you’re done, scroll back up and watch the video I did on this.

When people mention “psychological levels”, what they mean to say is any currency pair’s price ending in…

On the video, I put all of these lines on a EUR/USD chart just to show you how ridiculous this is.  Then I took the 20 and 80 lines off, since those are the lesser known of the four, and just left the Big Figure and Mid Figure lines up.

I think I had 12 lines up on the chart.  Price only respected two.  One big figure, one mid figure.

I’m serious.  They just went 2 for 12.  And it would have been worse if I would have kept putting lines up all the way to 1.30, because there was a big downtrend there and price disrespected every single one of those lines.

It’s hard to lose that often, but Price Levels just did.

The only levels you need to be worrying about are the levels of failure Forex Twitter reaches every single day.

Big Banks Always Get Theirs 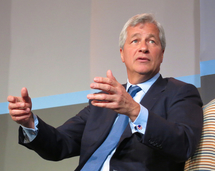 Here’s how it works.

When any of these “major levels” come up, more traders enter the game.

The Big Banks can see this.  This is the one innate advantage they have over everyone else.

It’s now up to them to figure out if these new orders are significant enough to start taking price the other way.

If they are, then they do — but not without a few rounds of stop-hunting first more often than not.

But here’s the punchline….

They usually do nothing.

There often isn’t enough action to justify any kind of real reversal in price.

And as you saw in the video, these levels rarely got any action.

So Why So Popular?

Hell if I know.

I have a decent idea though.

And you will see this throughout my blog posts and videos when I talk about the Dirty Dozen.

People love to highlight the few times it actually works.

This misleads you into thinking it works often when it clearly does not after doing just a little bit of research.

Research most people are too lazy to do.

Also, clever branding is at play here too.

These levels are known throughout the trading world as “Psychological Levels” 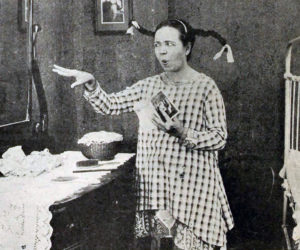 Again, it means absolutely nothing.  But it’s great at getting traders to pay attention to lines that rarely ever matter.

Ignore them completely.  I’m serious.  Why would you do anything different?

Stop losing money on that team, and stop listening to the people telling you they’re good.