Uranium may be gaining global acceptance, and in one of the most sneaky ways possible.

One of the best predictions on the No Nonsense Forex YouTube channel was back in November 2020 when the Uranium video came out.

If you don’t want to watch it, that’s fine.  What I did was set up the case for Uranium and uranium stocks, noting how much more efficient and clean it is than any of the green narratives being pushed around right now.

A few weeks later, uranium stocks started to go nuts.  The spot price of uranium had barely moved, yet the spec run was on.

Only those who took action right away got in at the cheap prices.  The rest either got in later, or have still not pulled the trigger.

So this begs the question — Is it still a good time to get in?

This article from Zerohedge on April 4th suggests that it is, but there is a particular case I would like to make on top of what you can read in the article.  A very powerful one in my opinion.

Nothing you see on here is investment advice, but let’s turn to the show South Park to clue us in on what might be going on behind the scenes right now.

I promise you this is going somewhere.

There Are, Because Nobody Said There Were Not

My favorite episode of South Park (and I swear I’m the only one in this camp) is the Thanksgiving episode where they made fun of the History Channel.

They were tying together the show Ancient Aliens with a conspiracy saying how there were aliens and spirits at the very first Thanksgiving.

The main argument Ancient Aliens was pushing in this episode was “Well, nobody said there WEREN’T aliens at the first Thanksgiving, so we can reasonable assume there may have been”.

Ridiculous of course, which is what made it so funny.  But it can still be a useful premise, which we will talk about.

The two-minute clip below is worth watching, and summarizes all of this really well.

This also speaks to a greater issue as to how the world, now more than ever, is run by narratives as opposed to pure facts.

“Dude, it IS called ‘History Channel'”

Establishments for centuries, on both sides of the aisle, have been playing this game at the expense of their citizens.

Step Two is to convince people there’s a problem.  Yes, I skipped Step One, wait for it.  Now in truth, the problem is either…

Now I’m not saying everything is this way.  And I am not referencing the current situation we have with the virus.  Believe it or not, I don’t really have much of a stance on that.  I just want certain countries to open up so I can travel to them.

I’m also an idiot, so take nothing I say as face value.

But there is tremendous generational money to be made here because of steps one and three.

And of course the majority of people will go along with it, because most people nowadays are driven by emotion, and will believe anything the TV tells them.

By being really good at “Step Two”, you can get a lot of people over to your side in a very short window of time. 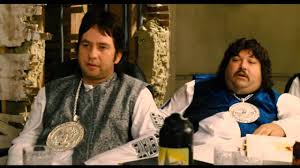 “But Brawndo’s got electrolytes. It’s what plants crave.”

If you don’t understand the above picture, it’s from the movie “Idiocracy”, where the main plot was how all of the plants were dying in the future, because everyone had been rendered stupid by then, and were led to believe that putting the modern-day version of Gatorade (Brawndo) on plants made them grow.

The people from Brawndo were mega-rich as a result of course, and were the antagonists in the film.

Narratives work great when everybody is stupid.  Draw your own conclusions as to where we are right now.

Step One, is to front-run Step Two, by putting your money down on the companies who will benefit tremendously from Step Three.

Easy enough, but you often don’t have enough information to know where the puck is going to be for sure, so you just have to give it your best guess based on what you know.

If you’re one of the powers that be however, you already know.

Yes, if you are of a certain privilege, you can be made aware of the cure before the problem even exists.

Being able to front-run the future of ENERGY??!!  That’s final-boss type stuff right there.

For those of you not in the ETF world, ESG stands for “Environmental and Social Governance”, meaning the ETFs have to adhere to certain environmental, or social, or corporate governance standards.

Inflows of ESG themed ETFs have been nothing short of incredible lately.

ESG is a very narrative-driven sector, with the “Environmental” piece being the largest moneymaker by far.

So what would explain all of these inflows?  Are most of these people environmentally-conscious at heart, and want to become the change they want to see?

Fuuuuuuuck no.  They want to make lots of money for themselves and their clients.  And to do that, you need to skate to where the puck is going, and it has been made very clear that the future of energy is solar power, wind power, and overall electrification.

The companies behind these movements, and the people who got in early enough (especially the ones who knew it was coming beforehand) have made extraordinary gains already.

So how does this affect dum-dum retail investors like us?  Most of us aren’t in ESG funds and don’t know if there is still time to get in and benefit with the costs being so inflated now.

There could still very well be a way.  And we have already talked about it.

Skate To Where The Narrative Is Going

There have been some changes in the prices of a lot of green energy-focused stocks lately.  Many have gone down, and by quite a bit.

Reality has started to catch up to ideology.  People are starting to realize a lot of what I was saying in my Uranium video — green energy doesn’t work very well.  Not yet at least.

On top of that, a lot of people thought we would have this whole shift into building electric cars and wind turbines all ’round the world underway by now, and it doesn’t even appear like collectively we have even gotten started.

In 2021 for example, the bloom is starting to come off the rose on one of the best performing ETFs of this decade so far. 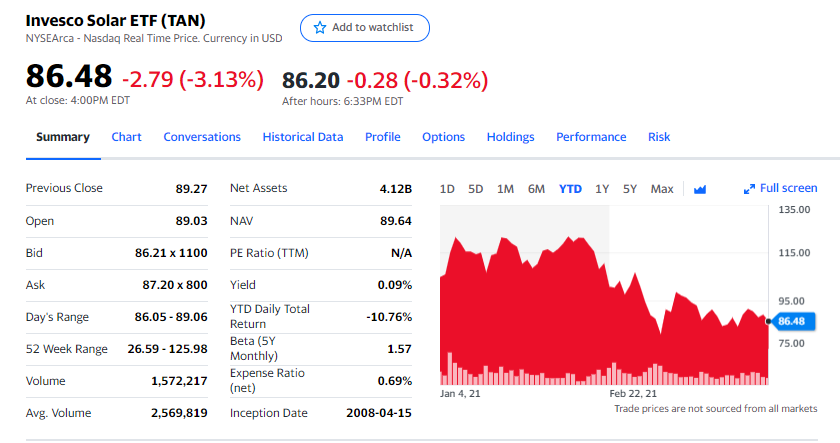 It would make sense to take profits (as it always is), wait until thigs get sorted out a bit, then make your next move.  This is what savvy investors are doing.

Remember, it’s the savvy investors who always take profits along the way.  The dumb retail crowd like us has to constantly be reminded to.

Add in events like the Texas winter storms, and the German energy debacle to see just how vulnerable and unworkable these methods are in present day.

People no longer give a shit about narrative when reality hits home, and they’re freezing and hungry.  They also know how these crises can possibly hit home in their neck of the woods in the future.

The problem is, “what works all the time” like oil and natural gas is quite pollutive and destructive.  The West has taken measures to reduce this pollution tremendously however.  The East?  LOL

There is a clean and workable solution for everyone.  And if the day isn’t already here, the day will come where we can no longer ignore it.

But doesn’t uranium and nuclear energy go against this whole “narrative”?

“We Never Said That”

People who love to go out and bounce signs up and down have been rallying against fossil fuels for decades.

They have also been rallying against nuclear…………as it pertains to missiles, not energy.

There may have been some protests about nuclear energy back during Fukushima, but that was over ten years ago, and it went away fairly fast.

The main issue people have is with nuclear warheads, which use a different uranium isotope than nuclear reactors do anyway.  They may as well be talking about a completely different element altogether.

When it comes to nuclear energy, and how it solves so many of the problems not only with fossil fuels, but now with green tech, people are going to start getting on board. 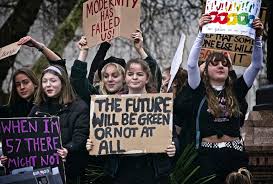 Just like Ancient Aliens in the South Park episode — the greens never said they were AGAINST nuclear energy.  Maybe you can find some outliers on this, but for the most part….

They were mainly just rallying against fossil fuels.

They may not be in love with the idea of nuclear energy because that wasn’t the fuzzy narrative that got pushed on them.  But even they may turn a blind eye here.

I’m not saying they (the green energy hard-cores) will stand behind it.  But they likely won’t stand in front of it.

What does this do?  This allows a clear path for current administrations to play superhero and include the one source of energy which is far cleaner and more efficient than the rest of them. 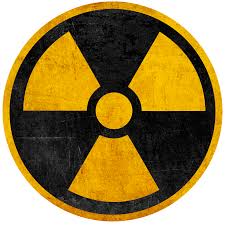 Many countries who could care less about the narrative have already done this, and are increasing their percentages.

Other countries who DO push this narrative may slickly push nuclear power into the mix either without saying much about it, or by telling the truth and explaining just how superior it is, especially with its current iterations and safety measures.

And you can still get on it if you want.

Is Now The Time?

I can’t say.  Summer and Fall 2020 was the time for me, and I let everyone know about it in the video near the top of this blog post.

But if you find this information compelling and you still want in, I gave numerous sources for your upcoming research here.

If you can find access to either the Nasdaq, the American OTC market, the TSX/TSX-V, the LSE, or the ASX markets, you can invest in a uranium mining stock, or a general mining stock who has some uranium exposure.

The smart contrarian money, as usual, saw the writing on the wall and got in front of uranium just as they did with traditional green metals like copper and platinum.

All of my individual uranium mining stocks have gone up and stayed within a 200%-300% range of gains.  This isn’t me flexing, this is just giving you an idea of how far they have already run.  Others have lagged, others have gone far beyond these levels.

For example, I had IsoEnergy on my watchlist ever since it was at 42 cents, and I’m not even going to link you to where the price is now, I’m too salty and too petty.  Go find it yourself.

The spot price of uranium however, has just barely gone up since the video, and most of the gains were made while the spot price was actually going DOWN.

Major funds aren’t touching things like uranium stocks and ETFs yet because of the volatility.  Just like with Bitcoin, they may have no other choice but to come in soon, lest their competition beats them to it.

Just saying.  I buy all of my metals and commodities stocks for the long term.  Like, years.  So if I get a spec bump like I did here, that’s great, but that’s not what I’m ultimately playing for.

I’m bullish on the long-term efficacy for nuclear energy, and the yellow metal which gets used for it.  As for gaging current prices and the future of where they may be heading?  That’s on you to decide.