Excess will be a thing of the past soon.

Learning how to do the things we are still bred to know how to do could end up saving us all in the end.

Most of you can’t cook.  And it’s because you’re lazy.

Get good at it.

Way Too Many Benefits

I’m so glad I learned how to cook about ten years ago.

Not only is it so rewarding, you automatically put yourself in the top 10% (of Americans at least) in regards to your health, automatically.

And you save a TON of money in the long run.

For context, and I will do some bragging here to drive my point home…

I don’t do a lot of cardio apart from walking, but I am lean, hovering around 13-15% bodyfat most of the time.

I’m usually in good shape, would be more muscular too if I didn’t have to get these occasional procedures done all the time (elbow, shoulder, back) that put me behind a lot.  20 years of intense restaurant work did a number on me.  But I’ll get there. 😉

And I spend less money doing it than all of my unhealthy, overweight friends do with their restaurant, microwave, frozen, and delivery food.

Why?  Because I actually know how to fucking cook!

And I usually spend less than 30 min/day doing it.

This money adds up in so many ways.

My only health problems are from previous injuries, and I just pay cash for the treatments (usually in mexico where it’s 1/10 the price).  I am on zero medications.  There’s a lot of money saved right there.

The constant brain fog I had when I was younger is gone forever.  I would not be able to run businesses and be a trader/investor/content creator if I was still in a constant state of  “I can’t concentrate” and “I just wanna lay down all the time”.  This is about as plus money as it gets.

There is no downside.

Now More Than Ever

You may have heard me doomsdaying more than usual lately.  This is on purpose.

I don’t know what the actual chances are of going into another great depression are (some of it does depend on where you live, even though you don’t have to live there), but I do know it’s more possible now than it ever was.

And if we do the things we need to do now, if it does happen, our chances of surviving (and even prospering!) go up a lot.

If it doesn’t happen, well now you know how to trade, invest, and even cook!

So I know a blog post like this may seem a bit eccentric and out-of-form, but I really want you to take this seriously.

I’m really really glad I did.

Let me start with the place I recommend you go to best learn now to master the basics.  There are free courses out there I’m sure, but this has paid for itself 20x over already, at least.  The free courses are likely to end up in frustration, which will make you quit.

Most of you think you know the basics.  I did too.  I was very, very wrong.  How would you know basic techniques if you weren’t properly taught?

And like this company says, once you can do that, you don’t even really need a recipe.

Too many people try and get a recipe they see on TV or social media, then they screw it up, and they can’t figure out why.

They do…not…know…the basics.  They only think they do.

I learned from Rouxbe, a Canadian company that structured things in a way even I could understand.

They have sample videos on YouTube and on the website if you want to see how they teach.  Very clean.  Pornographically clean, if that makes any sense at all.

The course in the link is the only one I can recommend, because it’s very similar to the one I took.  It is not an affiliate link.

Most online courses lose me right away.  This one, just like Babypips did so long ago, made me eager to learn more every day.

Fair warning, Rouxbe over time has branched off into a lot of nonsense plant-based cooking material, which I absolutely do not recommend for anybody ever.  You can avoid that stuff though.  It doesn’t seep into the basic course thankfully.

But I learned things I only thought I knew how to do.  Now I can actually do them.  It’s like wizardry.  I learned how to properly…

Cook vegetables in water without boiling them

Soak dried beans, then cook them

Know if my pan is too hot/not hot enough (lifesaver)

Build a soup base

Troubleshoot (saved me thousands of $$$)

Understand safety measures I was not aware of before

And they were so right.  I can pretty much make anything without a recipe, but if I ever need one, there are super cheap Kindle books out there (Mark Bittman’s for example) that have a ton of easy recipes you could even get kind of wrong and still come out with an above-average dish.

If you like actual cookbooks, the ones from America’s Test Kitchen/Cook’s Illustrated are uniquely great because of the approach they take.  Very NNFX-like to where they take old standards that really don’t work that well, and test until they find out what does. I would get them on Amazon used for $3-$15.

I still pay Rouxbe $5 a month for access to their lessons if I need to brush up, and access their catalog of recipes, which are often very good once you sift through the plant-based crap.

I don’t aim for 5-star cuisine, I’ll never be anywhere near that level.  I just try to make the basic stuff much better than most people are used to having it cooked for them. 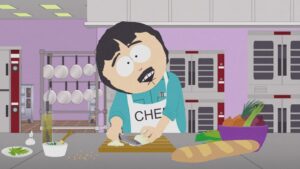 You don’t have to take it this far.

Family, friends, and dates are all very complimentary about my cooking, and it seems like they mean it.

Imagine inviting a date over and having a home-cooked meal ready, even if it’s just a soup or some seasoned chicken thighs from the pan with some rice.  Who even does that anymore?

Most guys she’s dated are all like “I burn Pop-Tarts, LOL”.  Embarrassing.  A direct insult to your ancestors.  No competition out there fellas, I’m telling you.  Success-rate goes way up.

But What About Traveling?

You will cook less.  But if possible, I try to rent a more apartment/style place when I’m away.

I use Booking.com most of the time, and they include suites and apartments with kitchens/kitchenettes, which usually believe it or not, are cheaper than a regular hotel room.

AirBnBs are often cheaper too depending on where you go, though I’ve fallen out of favor with them a bit over time.

You’ll certainly want to eat the local cuisine, but I don’t need to do that for breakfast for example, so I would rather cook where I’m staying for that.

I also run into cities and towns that have fully booked restaurants, or where everything shuts down completely on Saturdays or Sundays or Mondays (f’king Europe).  Being able to cook my way out of that situation without having to resort to shit takeaway food really comes in handy.

You WILL make mistakes to the point where you have to throw away food sometimes, but would you rather do that now, or when food is 6X the price?

I think the sooner you guys get on this, the better off you will all be.  One of, if not the best investment I ever made.  You are investing in yourself here, remember.  Who knows how many years it added onto my life as well.  Probably a lot.

And the money I’ve made/saved is going to help keep me and my family afloat if things get really crazy someday.