If you really have to ask the question, “Is Forex Trading Worth It”, you may not be ready for this.

But let’s find out.

Since I actually do trade for a living, I’m obviously going to say it is, but there is a gigantic IF at play here.

Because it may not be worth it for YOU.  We need to figure this out first.  You will thank me either way.

I get this question sometimes, and I’ve seen it floating around on Quora, and I won’t lie, it does irritate me.

I’m not going to dedicate an episode of the Forex Q&A Podcast to it though.  I’ll just answer it here.

And I’ll be straight with you, I do think it’s a dumb question, and I’m very likely to simply say “No” if somebody asked me if Forex trading was “worth it” on the street.

Forex trading involves risk, and if you have to ask if something is worth your time before trying it out (which you can do for free), you’re probably too risk-averse for something like this.

But to be fair, I don’t know the context of the question, or why you asked it in the first place.  I just want to make sure you understand a few things first.  We’ll start with the negatives.

If You’re Lazy and Passive, You Will Lose. 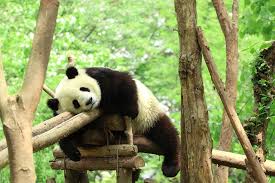 Most people aren’t built for trading.  They simply won’t put enough into it.  And it makes me really nervous when people have to ask “Is Forex Trading Worth It?”, because an actual go-getter would have just dove in and tried it, or at least learned about it.

I run into people all the time who find out what I do, and are immediately interested.  I tell them what I told my listeners in Episode 2 of my podcast, go to this free online school, it will take a couple of days, then get back to me, and I’ll let you know what to do next.

I’d say out of fifty people who approached me, only ONE followed through, as easy and painless as this task was.

A free course that’s fun and doesn’t take up much time.  Was I asking too much?

Most people do not deserve to have a lifestyle that Forex can provide.  They just don’t.

Most people, even those who are desperate and hate their jobs will never give it a try.  They’re either too risk-averse, or in most cases, they’re criminally fucking lazy.

But let’s say I’m misjudging you, and you’re the type who takes risks, but does what they can to mitigate and minimize their risk.  I like people like this.

I only trade 10-15 minutes a day, often less.  And I’m an actual pro who trades for an actual firm.  But it took a lot of work to get here.  If you stay with this site and my YouTube channel, you can get there far quicker, but you will still have to put in some work.

And you will have to endure some losing.  Can you handle that?  What will your next move be after a big loss?

There is no substitute for actual experience.  And in that experience there are lots of losses.  Losses either scare you, because you can’t see the big picture, or they excite you because you know they’ll never happen again, and you just became a lot stronger.

The latter has a chance.

If You’re Reckless and Stupid, You Will Lose 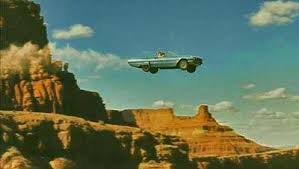 Thelma and Louise wouldn’t have made it in Forex either.

I really really hate the guy who says “Don’t trade Forex, you’ll lose all of your money”.  This guy is an imbecilic loser, and he deserves his own blog post.  Another time maybe.

But in many ways, he’s not wrong.  Did you know that in the US, you can trade 50:1 leverage in Forex, which means you can have $50 in the game for every $1 you put forward?  And outside of the US it’s far greater.

Does this make you excited?  It’s nice, but don’t get too excited.

I got super excited over this.  I wanted to move to another country so I could have more leverage.  Then again, I didn’t understand it, and I blew out 3 different trading accounts, all the way down to nothing.

If I wasn’t careful, and my broker didn’t have measures in place to make sure my losses didn’t go further, I would have not only lost all my money, but due to leverage would have had to owe my broker even more!

So yes, it can happen.  Unless you have a real plan in place, then it’s almost impossible to have this happen.

But some of us are desperate.  We hate our current financial situation.  We hate our jobs.  We’re freaking out because we’ve barely saved anything for retirement.

We need lots of money fast, and 50:1 leverage is gonna get us there, yeah!!

Not with that attitude it won’t.

As with just about everything in this world worth doing, discipline is an absolute must.  And discipline and 50:1 leverage are polar opposites.

Sorry, somebody had to tell you.

I would wager to say the majority of people who start trading Forex do so in their 20s, and people in their 20s have absolutely no financial intelligence, or trading discipline.  Recipe for disaster.

But the question is…

How Do You React To Failure?

Do you quit like the “You’ll lose all your money” guy did.  He’s a piece of shit.  He lost due to recklessness/stupidity, and instead of blaming it on himself, he blamed it on a faceless market.

This may work for some things, but not Forex trading.  You need to be resilient. 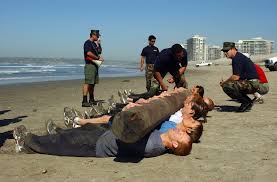 Forex trading at a pro level is a great lifestyle and can be super rewarding — but the people who get there deserve it.

They sought out the best ways to do things.

They were patient, and knew they weren’t going to quadruple their money in a year.

They took losses, but kept going.

They weren’t entitled.  They knew if they were going to end up with that magical combination of money and time, it was going to come at a cost early on, and they knew the odds were steep.

If this sounds like you, or you’re being honest with yourself and you know it CAN be you.

And I’ll do my best to help out with the “odds being steep” part.