So your trade is winning, now what?

What you do right now determines the strength of your overall money management.

The strength of your overall money management determines how high or low your account goes.

Yes, limiting how much you win, you read that right.  Coming from the guy who always says “never cap your upside”.

You can do both.

In fact, you MUST do both.

Like everything else, you never really become rich until you sell.

You can have tons of assets, tons of winning trades in your portfolio, but in the end, they don’t mean shit until you liquidate them.

I have a friend here in town who has two homes, a new Land Rover, and a bunch of stock trades that are way up (everybody’s stocks have been “way up” in a boom).

For his birthday, he wanted to take a few of us out for dinner instead of the other way around.  “To show his appreciation” he said.

He insisted on ordering too, but instead of his usual big wines and high-ticket food items, he went curiously lower-end on everything, suggesting we all share a few things.

Fine with me, I’m not picky when it comes to free food and drink.  We all kind of looked at each other acknowledging the unusual nature of this, but we had a great time and quickly forgot about it.

The bill comes out and he goes to pay it.

He paid it eventually, but two of his credit cards got declined first.

He did the whole song and dance (as a waiter, I’ve seen this literally hundreds of times) where he pretends to be all mad and goes back and forth with his bank on the phone, while the rest of us are just sitting there, begging to pay ourselves so we can all move on.

“Ay, lemme get a twenty for some gas. I’ll get you back tomorrow.”

He’s sold nothing, and now that the economy is finally showing signs of a turn, all of those things he’s sitting on are losing value fast.

We’re Forex traders.  We trade the daily chart because we’re smart, but compared to most people who trade the markets, we’re in-and-out in a hurry.

We don’t sit on things.  When we think they’ve reached their maxed value for now, we’re out.

Never Be That Guy

This guy is everywhere.

The guy who HODLed bitcoin and never took profit back when there was life-changing profit that could have been taken if he only took a portion of his trade off the table.

This is a disease.

You’ve made more on this trade than most people earn in a year.  What do you do now?

Most people would do nothing.  “Let it ride” they’ll say.

Something just octupled in value, and you think it’s going a lot higher?

This happens soooo often, and the main reason I’ve seen as to why is because this was not a trade that they thought of themselves.

This was a trade somebody else told them to take.  And now that person is a genius.  And this genius now doesn’t want you to sell and lower the value of his trade, so he says it’s going much much higher.

And why wouldn’t you believe him?

If you ever find yourself on the good end of a huge winner, remember this…

Your dumb ass finally got one right, congrats.  But don’t celebrate, because you still officially “have” nothing until you sell.

People always look to the stars.  And when their dreams get validated, they think the stars are no longer the limit.  They can go BEYOND the stars now, because, why not?

Then the law of gravity kicks in.

And the dream dies.

And all their left with is a story.  A story of “how they nailed it”.  Of “how they got it right”, and how just for a moment, they “had it”.

I’ve heard these stories a lot in my day, and all I hear is “I’m a fucking idiot who has no grasp of money management.  Did I learn from this?  Not really.”

And no matter how much you tell them, it will never sink in.

FOMO (Fear Of Missing Out) is an amazing, powerful thing.  So powerful, it’s able to defy all reasoning.

So let’s make sure this never happens to you.

Every single professional trader I know scales out.

By “scaling out”, I mean take a portion of your trade off the table and into your trading account, and proceed accordingly.

And there is no need to over-complicate this.  Taking half off now, and half later is perfectly fine.  It’s what I do.

This is part of your money management checklist now.  Make sure you have it written down somewhere.  Hopefully, you already have notes from the risk blog post, and can now add on.

Never be in question again when it comes to managing a trade.  At least at this point.  The rest will come.

We will use the ATR of the pair we’re trading to decide where we take off half of our trade.

Whatever the ATR of the pair you’re trading is at, that will be the amount of pips it must reach before you take your initial profit.

For example, if when you enter a EUR/CAD trade, if the ATR is at 90 pips, you will need to reach 90 pips of profit before you take your initial profit.

I will tell you how I enter trades, because my broker will not scale out automatically for me, which can be a problem if you like to sleep and go do things. 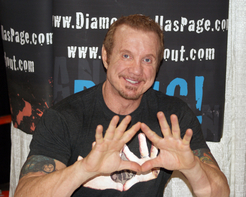 You may be a bit concerned that a retracement in price is overdue, and when it comes, it will hit your break-even stop loss and only result in a small win.

I would ask you to go back to the Ratios blog and video to just see just how important those small wins are.

You want those small wins.  You want lots of them.

Being the type that never scales out will get you nothing but pain.

Starry-eyed and dumb is no way to beat a 4-5 trillion dollar-a-day market.

Knowing how to do it properly and actually have a structure in place where others do not (no bullshit, the majority still exit trades “by feel”), puts you in a fantastic position to win long-term.

And most importantly, when followed correctly, eliminates emotion, which will invariably take you down at some point if you’re not careful, believe me.