Even after Episode 4 of the Forex Q&A Podcast, there are still apparently a lot of people who are hesitant when it comes to trading volatile currency pairs.

Is there anything to be afraid of here?

Not if you look at it intelligently.

“I see you trade 27 different currency pairs.  How are you not at a disadvantage with the higher spreads and faster movement of the more volatile pairs?”

If you don’t know why I trade so many currency pairs, it would help to watch/listen to Episode 4 first.

Some of you may know the answer to JD’s question, but we need to do some digging here because I don’t think a lot of you are trading that many currency pairs, and thus not giving yourself the best chance to win.

We need to ease some fears here.

What Are The Most Volatile Currencies Right Now?

So I did some legwork this week.

On Thursday, I was awake for the London session, so I went to every currency pair I trade, and took the current spreads from Oanda.

Then I logged back on again at my normal trading time of 1:40pm and took ATR readings of each pair on the Daily Chart.

We’ll use this info a few different ways.  First, would you like to know what the top 4 most volatile currency pairs are right now as I write this?

The correct answer is “OMG Yes!!” 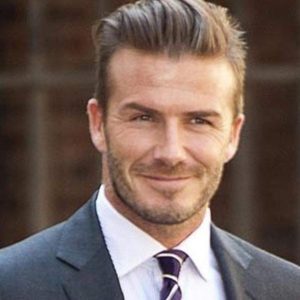 I make a strong case for currency pairs which include the GBP in this blog post where I talk about my absolute two favorite pairs to trade.  Hint:  The GBP is in both of them.

And the 4 above pairs are no exception.  What’s not to like?

On that middle point, you may be asking yourself (or me) “Why don’t the Big Banks care about these pairs?”

Because like so many of you ding-dongs, nobody’s trading them!

If there’s no money there compared to the other pairs, it’s not worth their time.

If you could, without consequence, would you rather rob a mansion or a mud hut?

There are just way too many positives here to ignore.

This is a deterrent?  Why?

If a spread is high, but the ATR of that pair is high too, you will get that spread covered mighty quickly.

You will get that spread covered just as quickly as you would trading the EUR/USD at a 1 pip spread.

Look at it this way.

I’ll take the spreads I recorded earlier and divide them by the currency pair’s ATR for the day.  This way, you can see, as a percentage of the whole day’s movement, none of this really matters.

The percentages are what you want to pay close attention to.

And these percentages are NOTHING.  It’s just another advantage we have of being daily time frame traders.

You can have any of those spreads covered in no time.

At that point, you may have an argument.

“But I’m just being smart by trading pairs with low spreads.  It adds up over time”.

No, stupid, you’re missing out on major gains by passing on the more volatile currency pairs, and you’re doing it on purpose.

The NZD/CHF had the worst percentage on the board.  Should you still trade it?  Absolutely!

The next worst percentages were the CAD/CHF, and then the AUD/NZD, which is another one of my favorite pairs to trade.  God knows where I’d be without the Aussie/Kiwi.

These spread fears are way overblown.  Never worry about them again.  The numbers prove you’ll never need to.

Is the speed at which these pairs move really a concern here? 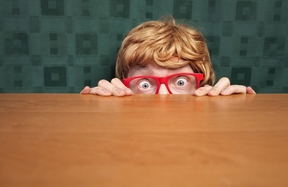 Actual photo of you

Because it makes zero sense to think this way.

A percentage is a percentage, you know that right?

Thanks to the Risk profile I gave you, you’ll never have to worry about a currency pair’s volatility ever again.

If you’re trading the NZD/CHF, which is the least volatile pair on the board…

Or the GBP/AUD, which is the most volatile pair on the board…

If you lose badly, and price hits your stop loss on either one…

You lose the exact same amount of money!!

Percentages are percentages.  Please know how they work.  I can’t talk to people who are wildly confused by this phenomenon.

You’re missing out on a lot of profit by shutting out the other combinations of the 8 major currencies.

And you have no good reason not to do this.  Unless you’re a consistently losing trader, and in that case you should be on demo, not excluding currency pairs.

Trade them!  Trade them all!  Hell, add the EUR/CHF to the mix too, I’m probably going to soon.