It absolutely is, but only if you understand why.

Let’s go ahead and put this week’s question out there..

Lots of good videos in this one, heads up.

First off, understand recessions are cyclical and need to happen for an economy to sustain and keep growing.  It sucks when it happens (if you’re not prepared for it, which we will discuss), but is 100% necessary.

It gets rid off all the losing players — the businesses that are only benefiting from an up economy and nothing more, the investors and firms who are doing the same, and what’s left over is our own version of Darwinism as it pertains to who is fit to still be left standing and carry us into the next decade.

This is hard to explain to people right now as we’re still in the longest bull market in recorded history.  It really does seem like everyone has forgotten about 2008, or has learned any lessons at all from it.

And the longer you delay them from happening, the worse they get.  Don’t say I didn’t warn you.

Why could this one be worse than any of the others we’ve seen in our lifetime?  Peter Schiff is better qualified to answer this.

There’s a yin and yang to this man and his ideas.

On the plus side, he reads the tea leaves better than any other economist out there in terms of what things REALLY mean going forward.

He made his biggest claim to fame during the “Occupy Wall Street” nonsense when he went and made complete fools out of the people who were protesting.

He’s right far more often than he’s wrong, and if you choose to follow him, you’ll also understand how even well-known “economists” on TV have such a bad grip on what’s really going on in terms of the economy.  It’s quite an eye opener.

And then there’s the other side.

Two things about Peter Schiff you need to know going in however.

1 – He is extremely biased.

He has a gold product he wants to sell you.  Just know that too.

And it’s hard to forget this part when you see how bearish he is on the economy all the time.  Even when it’s good, it’s bad.  Even when great news comes out or numbers go way up, it’s either setting us up for further disaster or it’s based on faulty data.

Never fails.  Check out his podcasts and you’ll see exactly what I mean.

I’m not this much of a cynic though, I dislike cynics.  The information is good, really good.  The bias is just a bit hard to forget sometimes.

2 – Things go off the rails in a hurry

You may often say to yourself “Wow, VP is so intelligent”.  You would be mostly wrong.

I speak on what I know, and try to completely avoid speaking on things I don’t.  Even stepping outside my forte of Forex trading and writing this here blog on economics is tough for me, because I’m stepping outside my zone and I’m fully aware of this.

But Schiff takes advantage of having a tuned-in audience to transition into social commentary, and boy is it a bad, but often hilarious move every time (depending on your idea of “hilarious”).

Here is a perfect example of Brilliant Schiff/Cringey Schiff in one podcast episode.  Economic stuff at the beginning, bitcoin stuff (he hates crypto) at about the 28 minute mark, and then “ohhhhh dear here we go” at 33:25…

Agree or disagree with the social commentary part, you can really see a big difference when somebody stays in the pocket, and when they start taking liberties elsewhere.

I still think in the end, the best way to get a feel for Peter Schiff is his most recent appearance on the Joe Rogan Podcast.  This is a fascinating way to spend your time in my opinion regardless of your verdict on the guy, I don’t think you’ll regret it.

Dalio For the Win!

If you’re looking for something a bit more macro and educational, and as boring as that may sound, you should be looking for stuff like this, look no further than Ray Dalio. 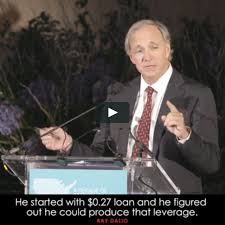 He is, if I recall, the 17th richest man in the world, has the world’s top hedge fund, and has recently put a lot of his knowledge out there to the public, and does so in very digestible, easy-to-understand videos.

And while we’re talking about him, his book “Principles” is still the best money book I’ve ever read.

His 31 minute video will put you in the top 99.9% of everyone you know when it comes to how money and the economy works.  You cannot be a grown adult and not know about this.  And yes, grown adults, it’s animated!

And thank me later.

And I Guess While We’re At It

These are two other podcasts I love, with great information you’re going to be hard pressed to find anywhere else.

First off is Silver Doctors.

Are they biased because they’re run by a precious metals company?  Yes.

Are they more on the conspiratorial side?  I’d say so, yes.

But are you going to get facts, trends, and history you’re not going to find in many other places on this podcast?  Absolutely.  And I always enjoy the heck out of it.

An American/Canadian operation with Erik Townsend and Patrick Cerresna.  Erik Townsend wrote the book everyone needs to read regarding Blockchain and the future of money.

But the interviews are great, less biased, and often a really good outlook on the big picture, which is what Buy and Hold investors need to know, but so rarely do.

The Pippa Malmgren interviews are some of my favorites.  Here is one of them, and it’s not on YouTube as I post this, but if you can go to your podcast player and find the longer episode at year’s end 2019, it’s some really wild stuff regarding the future of tech.

So there, these are a few of my hidden sources for staying on top of things while others lag behind with mainstream media.  And this is all I’m going to give you!!

The first side is the side you’re going to find most people.  Losing business, their savings, their portfolio, losing their job entirely, openly complaining and feeling sorry for themselves because of <insert president here> and the recession.

This may sting a bit because during the last recession this may have been you, or somebody you love or care about.  And mark my words, it will be one of these people again, and it’s going to suck, and you’re going to feel terrible for them.

But that’s too fucking bad.  Recessions are cyclical.  We KNOW it’s going to happen again, and we’re just going to let it take us down?

If you knew a tornado was coming, would you go to the park or seek shelter in a tent somewhere?

Of course not, if you had another option.  And you certainly do.

If you are a passive participant in life, you get whatever is coming to you.

If you are an active participant in life, you decide what’s coming to you.

Most everyday people think they’re going be just fine in economic downturns because their portfolios are diversified.  And by “diversified”, they mean having stocks in different sectors, and a few ETFs.

If this is you, I wish you the best.

Things like stocks and real estate often fall under the “I’m okay as long as it’s okay” umbrella.  They’re SO GOOD when things are great, you completely forget about how a down market can take all of those things down with it.

Everything is so good right now, people have literally forgotten about 2008.

From a Forex standpoint, people around the world are brashly unafraid of an economic downturn because they remember how last time, you could have made a lot of money in Forex trading by simply backing the USD as a safe-haven currency, and are prepared to simply do it again.

Based on what most readers of this blog know about the Big Banks, what do you think the chances are of this happening again when it comes to the USD?

Answer:  It all depends on how many people rush to it when shit goes down.  Last time most everyday investors didn’t think to do this, and FX traders, as they always do, kept trying to call reversals.  This next time, anyone who paid attention is going to likely try and park their savings in the USD.  Because they don’t understand what the Big Banks do.

People like you and I have a gigantic advantage over everyone else.  Care to know how?

We don’t know when the next economic downturn is going to hit.  All we do know is we’re overdue for one, and we want to be ready when it happens.

Let’s not forget there’s a great benefit to positioning ourselves properly here.

The rich did what they always do, took full advantage and bought everything on the cheap.

The rest of us were in no position to do that.

But now you can be.

My personal recommendation — do everything you can do make it in spot Forex trading, whether it be from your own account, other people’s accounts, or a trading firm’s account.  GET THERE.

We trade one currency against the other, and we can trade in any direction we please.  If the market crashes, our world keeps right on spinning.

If anything a recession for us is good because we finally get real volume and liquidity back in our market.  As a trend trader, I’ve been trading with a handicap of about a third of the liquidity I had back when I started.

If I’m doing well now, I’m salivating over what could be when people start putting their money back in to currencies.

We don’t fall under the “I’m okay as long as it’s okay” helplessness.  We are protected here.

At least as traders we are.  But as humans?  Not so fast.

2 – What You Really Need To Protect Yourself

So you have all of the 8 major currencies at your fingertips at any time as a Forex trader, right?  So you’re protected, right?

You may have access to all 8, or even more.  But you’re only getting paid out in one currency.

And if that currency sucks, especially due to the recession, you are not winning.

You now need to play real-life Forex.  Physically HAVING different currencies is the real hedge here.  Combine this with some precious metals, and you have more real-life protection that just about everyone else on planet Earth.

Now to do this, you can go to any currency exchange and make this happen.  You will eat some fees.  I had to.

Down the line, I may explore a few Currency Exchange Apps to try and circumvent the fees nest time I travel abroad, but I haven’t gone this route yet.

I covered which currencies I personally have in the Podcast.  I have my reasons.  I care not to share.  Please do your own research here.

And then I came out with this video over 8 months after I wrote this blog post, if you want to go even deeper on this topic.  Updated currencies list on it too.

And I feel like those who have found and read my blog deserve this over others because I am often at times a tribalistic asshole this way.

And unlike every other blog out there, I am dead set on trying to get you to succeed and prosper in both.

Because if you can hold your ground during the bad times, you can now have the capacity to absolutely dominate the good times.

Read the above sentence again, and try not to think of the band Chumbawumba.

Good luck getting that song out of your head.