Episode 4 of the Forex Q&A Podcast tackles one of the most underrated questions out there:  What are the best currency pairs to trade, and how many should you be trading?

In this blog post, I am going to attempt to at least 5X your results!  I sure hope your current results are positive.

There is no one best pair, as you will soon learn.  And if you can understand why, you’ll be far ahead of most Forex traders out there.  But the amount of pairs you should be trading is the big fish you’re about to reel in today.

“How many currency pairs should I trade?”

I love this question, because my answer is probably going to be so much different than yours, and this opens a big chance for you to improve your trading right away.

As I often do, I will give you the short answer, so you can get all mad at me and leave the blog, then I will explain my answer, and you will love me again — assuming you stuck around.

And as always, you can listen to the podcast right here instead, or just continue on.

How Many Currency Pairs Should You Trade?

Every combination of the 8 major currencies of the world, except for the EUR/CHF.

Yes, and having 27 pairs at your disposal will give you an enormous advantage over another Forex trader of the exact same skill level.  Assuming you’re good.

But you have to get a few dumb notions out of your head first.  And I’m here to do that right now.

I want to cover this in 3 main parts.

For those of you brand new to trading, the 8 major currency pairs are…

And if you have been following the blog and the podcast, you should know which time frame you should be trading for the best results.  Hint:  It’s the Daily time frame.  If you are a scalper, and like lower time frames, do not despair, having 27 pairs open on your charting software is still the best move, but it may cause insanity if you are on a time frame as low as the 15 minute.

Plus, as I also said in Episode 3, you can both scalp and trade the Daily if you really had to.  But I trade the Daily exclusively, and I’m telling you what I do, and why I do it.

So moving forward, we’re going to assume you trade the Daily time frame, and you know what currency pairs are.

My Question To You:  Why Aren’t You Trading More Pairs?

I know the answer.  And those answers are ridiculous in the grand scheme of things.

Reason #1 – You want to trade pairs that have high liquidity.

How come?  I’ve yet to hear a good reason for this.  Low spreads?  You think they jerk around less than other pairs?  Let’s debunk both of these myths.

For the sake of clarity, “high liquidity” means a lot more money is passing through these pairs than others.

Pairs like the EUR/USD, GBP/USD, and USD/JPY have high liquidity, yes.  But so what?  Forex is a 4-5 trillion dollar a day market.  There is more money passing through currency pairs with “low liquidity” than you or I have ever seen.  Not so “low” after all.

Liquidity is so high on every combination of the major currencies, even Bill Gates couldn’t come in and ruin your trade. 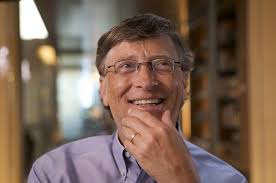 Actually, if Gates went all-in, he’d move the needle a bit I’m sure, but rich people aren’t stupid enough to ever go all-in.

Having higher liquidity than most of the other pairs isn’t necessarily a good thing.  Have you been paying attention to the blog and the YouTube videos?  Have you brushed up on your core concepts?  Get familiar with these!

Long story short, the Big Banks for the world are the ones who move price up and down and take out your stop losses, thus giving them more money to play with.

So where do you think this piracy happens the most?  The pools with fewer people swimming in them?  Of course not, it the pools with the most traders (AKA the most “dumb money”).

You’ve been doing it backwards.  As liquid as the EUR/USD is, this is the one pair I would recommend LEAST for newer traders.  This link sends you to the blog explaining why.

Your reasoning for trading pairs because of their liquidity was a bad one, but that’s okay.  Nobody has to know.  Go forward, and open up your trading seven-fold.  You’re going to be just fine.

And as far as low spreads go, often the pairs with higher spreads move more pips per time frame to compensate for this, so it’s often a wash.  And if we’re trading the Daily time frame, it matters even less.

Reason 2 – You want to get comfortable trading one particular currency pair before moving onto others.

I applaud your patience and your restraint.  But man, you blew this one.

Say it with me:  Currency pairs do not have their own unique movement.  Remember this always.

As I write this, I’m looking at the EUR/USD on the Daily time frame, zoomed in to where I can see 3 months worth of data.  And let’s say you’re a trend trader…

Now let’s go a few months before that. 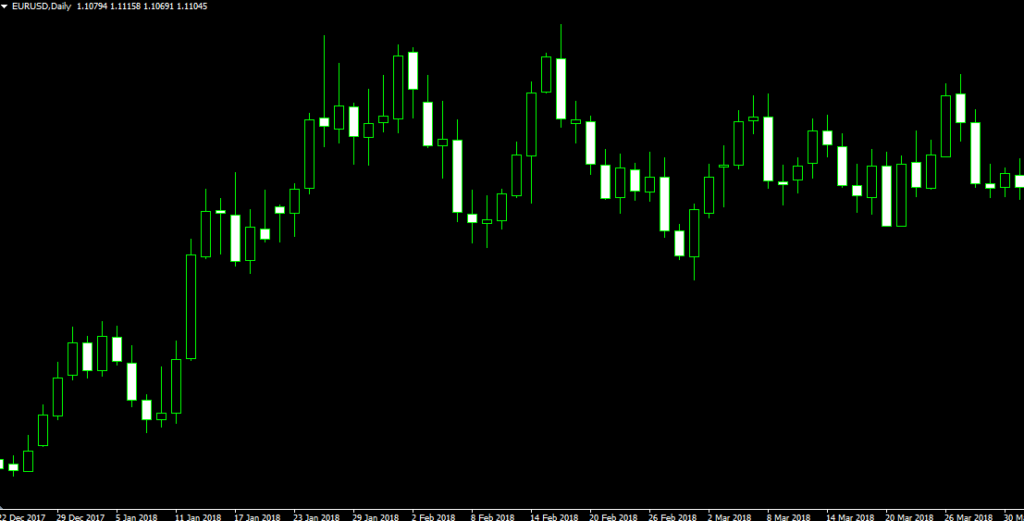 Uptrend into a long, choppy range.  Not the best.  You’d have certainly lost some gains in a range like that.

A few months before that? 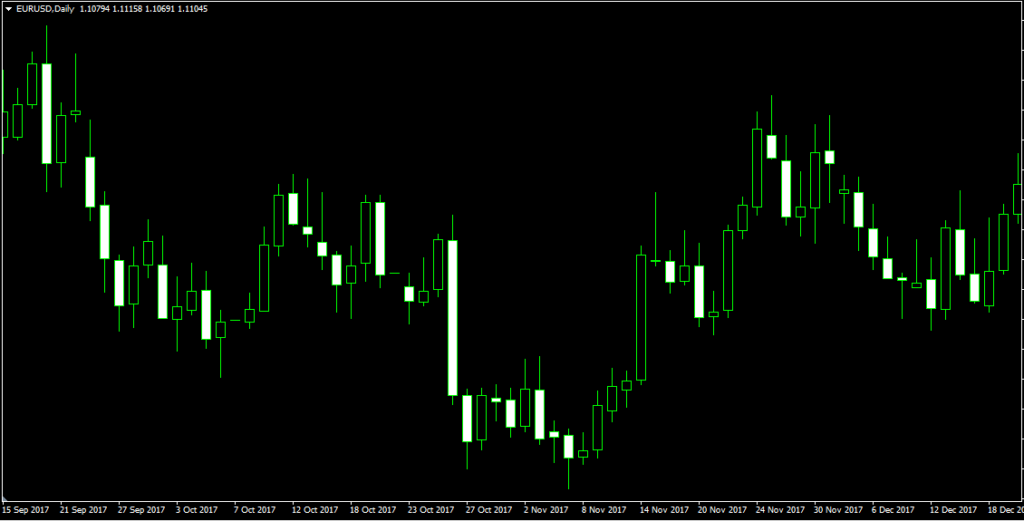 Yuck!  This shit here can ruin a novice trend trader, and probably did.

And another 3 months before that…. 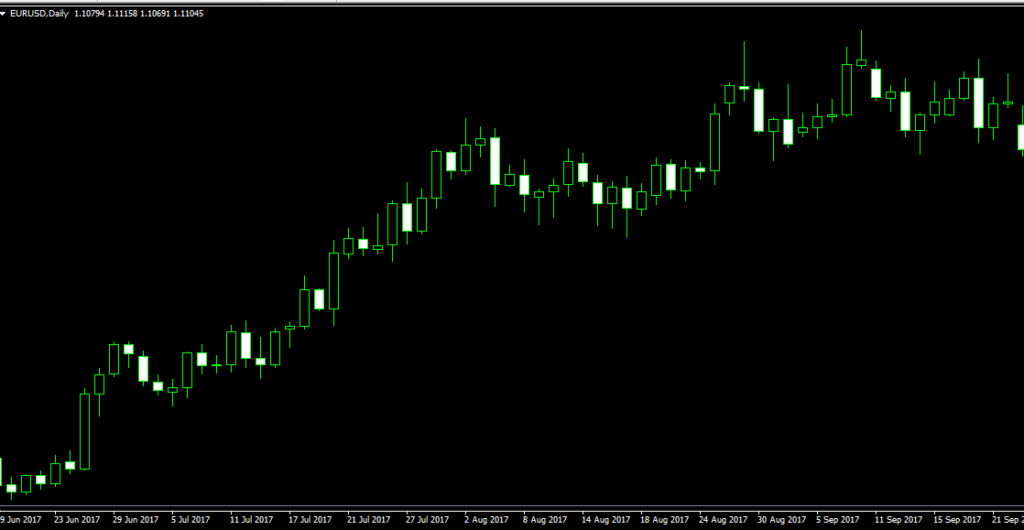 There’s no consistency there.  You can’t sit there and say “EUR/USD does ______”, because it always changes.

Now let’s do the same thing with a currency pair a lot of you don’t trade.  That big, spooky monster, the CAD/CHF!!

The last 3 months up until now…. 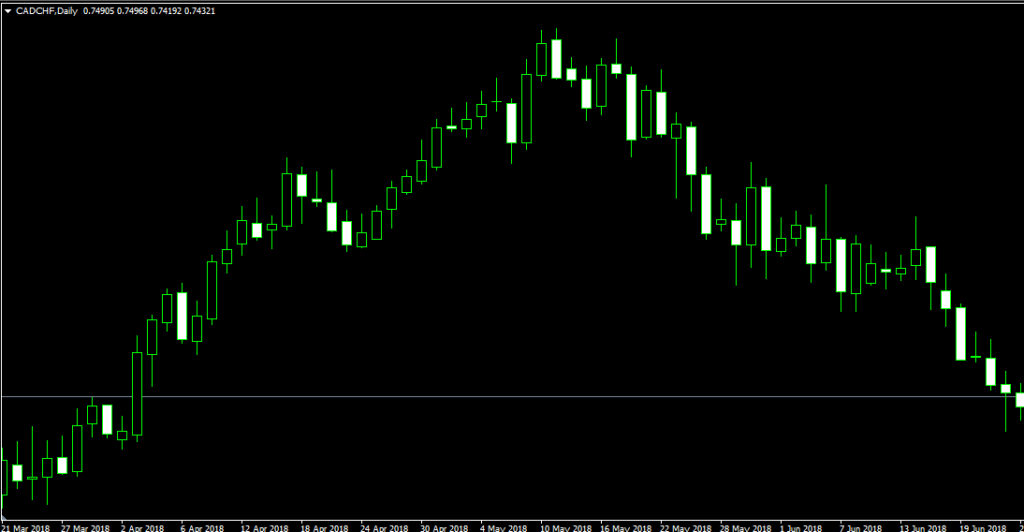 A beautiful up and down.  Plenty of time to enter both!

A few months before that… 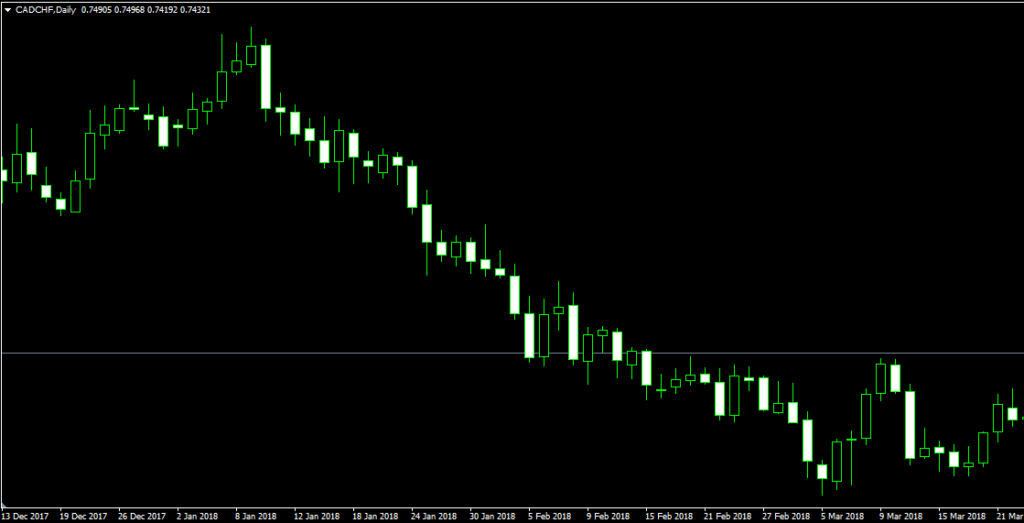 And a few months before that happened… 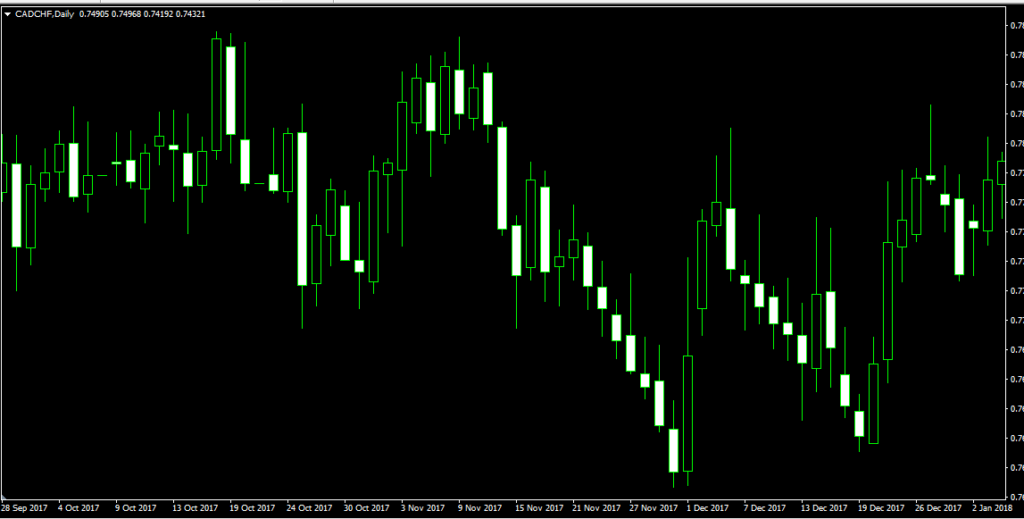 And 3 months before that… 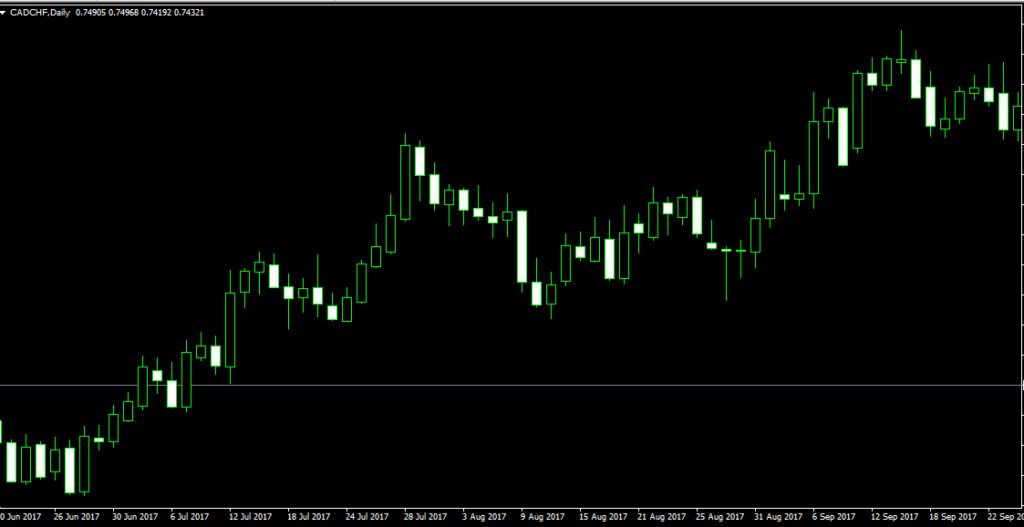 So tell me again why you’re trading one, but not the other?

For example, why are you not trading the NZD/CAD?

I want a really good reason.

You don’t have one.

Is it because you scalp on smaller time frames?  Do this: take any two currency pairs, one you trade, and one you don’t, and compare them both on the 15 min chart during the main times of day you trade.

And when you do, again, you’re going to see how overrated that shit is too.  If you can’t see it, then do it again for the week prior.  You’ll see it.

A Big Reason Why I Am Beating you

On any given day, you may have your favorite 3 pairs open, and I have my 27.  If this is true, I will have 9X the opportunity to make money over you.  I also have the opportunity to be patient, and wait for trades to come to me, without going long periods of time with no activity.

“But what if I just put 9X the money on those three pairs?”

Because then you would be greatly over-leveraging, and your trading account will be wiped out in no time.  Please tell me you weren’t thinking this.

We had just gotten done establishing how there’s nothing to be afraid of with trading other currency pairs.  So why not give yourself the best chance to win?

If you an I were playing Monopoly, and you had 3 properties, but I had the rest of them, I don’t care if you had Boardwalk, Park Place, and Boardwalk again — I’m going to crush you.

You and I are not in competition here in real life.  We’re on the same side.  The point is, if you’re good, put yourself in the best position to make the most money possible.  You can’t do that with only 3 currency pairs, and you certainly won’t do it with one.

How do you get rich owning a McDonalds?  By owning two, or by owning 27?

Because it doesn’t move like the other combinations of the 8 majors.  Those two currencies are still tied together way too often as I write this in 2018.  And due to this, any movement is usually fundamentals-driven, and I like to avoid that if at all possible.

My algorithm doesn’t work on the EUR/CHF for those reasons, so that sucker is OUT.

Oh well, one out of 28 I’m not allowed to trade.  The sun will still come up tomorrow.

EDIT: We do trade the EUR/CHF now.  It has come around finally, and we have happily added it to our arsenal.

This is a controversial blog post/podcast episode because so few people trade as many pairs as I do.  But I’ll bet they never thought about why.

I hope through this, I have eased your fears and helped you change your thoughts on trading a lot of pairs.

And I hope I’ve given you some excitement knowing that if you have a good set-up going on with your Forex trading, because you’ve read one blog, you now have to chance to multiply your results.

You’re welcome.  Now go get it!