In Forex, drawdown is something we always need to keep an eye on.

But are we even looking at it the right way?

I don’t think most people are.

Episode 52’s question is from Vernon.

“When backtesting my system, how I do I know how much drawdown is too much?”

There are two types of drawdown, were you aware of this?

I think you should be.

Just to see how it’s normally defined, I went to Google and typed in “drawdown definition”.

Google’s own dictionary popped up first.  The first definition had to do with the military, but the second definition said this:

2. A decline in an investment or fund.

But it is a bit short, and left open to interpretation, which is not good.

This is our money we’re talking about, let’s remove as much gray area as we can here.

So this meaning is a much easier way to view drawdown….

But I have a problem with it.

Let’s go ahead and look at it first.

One of the best sources of trading information, Investopedia lead off with a fairly misleading example in my opinion.

It got better, but the example you see at the top with the $10K into $9K is what I’m referring to.

The problem nowadays is how most people only read the top part of the highlighted article, get their definition, and move on.

I’ve run analytics on my site using crazyegg in the past to see where people click and read the most, and as a blogger myself, I can confirm just how true this is.

People have this “gimmie my answer now so I can move on” mentality.

Now this is their fault, but the real definition in the Investopedia article didn’t come until later, and was actually explained wonderfully in the video they provided further down.

….but most people won’t make it that far.

This is true, but again misleading.  I’m being very particular here I know, but we REALLY need to know how to figure this if you want somebody to give you their money for you to trade on their behalf.

If you started with $50,000 and your first few trades were positive, and you never ever once dipped below $50K, you may be under the impression that your drawdown is zero.

It’s not, and this mistake could cost you down the road.

So let’s say this is your outlook on drawdown, and opportunity finally knocks.

Super rich Middle-Eastern oil billionaire hears about your 15% yearly return, and wants to give you some of his money to invest. 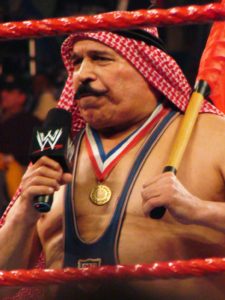 Hello! I give you my money.

He asks what your drawdown is.

Now why does he want to know that?

He wants to know, at any point in the investment, how much he expects to lose over a period of time.

Too much, and he’s not making the deal, because if he were just so happen to begin investing with you right as those bad losses were taking place, he knows how difficult it would be to recover.

But if you tell him “zero”.

I’ve seen scammy signal salesmen and scammy EA salesmen use this very technique.  The trick is, they’re technically not wrong, it just depends on how you interpret the word.

Zero drawdown?  So I will just win all the time?  Where do I sign up?

The Investopedia article actually nailed it later, my knack for reading things too quickly got the best of me (but I did keep reading unlike most).

And if I had to put this into words, I would describe it as…

Percentage-wise, what is the most you’ve ever lost before resuming your winning ways again?

But later built it to $55K again, and this is where it is now.

So percentage-wise, this would be a shade higher than a 5.5% max drawdown.

Some people may inquire the length of time it took you to recover that drawdown, which is fine, I just have no opinions on what’s good or bad here.

So What IS My Opinion Then?

Take it for whatever it’s worth, but I think right about 10% maximum drawdown is as bad as it should get for you over time.

A 10% drop is not easy to recover from, but impossible either, and can still be done in a reasonable amount of time whilst using proper risk management.

As I’ve mentioned in the past, 20% is Armageddon, and is only recoverable within a year by using reckless risk management, which is what likely got you into said hole in the first place.

While you’re backtesting your systems, try your absolute best not to have worse than a 10% max drawdown at any time.

This is my full, official answer to the question above.

And this time, you would had to have scrolled all the way down to see it.

This may be difficult to achieve starting out, but seriously try and aim for it.

We win by not losing, and we take getting rid of losses very seriously here.

Do this, and the rest should fall into place easier than you think.