You’ve been told it’s important to pay attention to it.

This is one of the reasons why you lose.

You can catch the video here, or simply continue reading on. 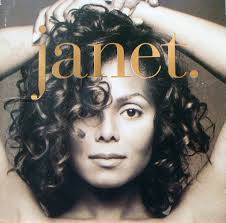 Seriously, how hot was Janet back before she went all crazy?

Back when I first started, I learned there were three main pillars of Forex trading:

These three pillars changed once I knew better (and you should know what these are).

But out of the three above, tell me this — which one do you have some modicum of control over?

The answer is Technical Analysis.

“But I can’t control what my charts do”

Correct, but what you can do is create a chart-based system that is proven to work year after year, and let it run.

That’s far more control than blindly trying to predict where a bunch of retail traders are heading, or what a news report is going to say.

Most traders willfully participate in things they have no control over.

Eliminate those other two completely.

If you are confused about how to eliminate Fundamental Analysis, I wrote about it here.

Eliminating sentiment is easy — just don’t pay attention to it.

But you do pay attention to it.  And maybe I had something to do with that.

Ladies and gentlemen, my most popular video, by far.

The point of the entire video, was to stay off the Banks’ radar.

But you saw something that caught your eye, didn’t you?

It was the IG Client Sentiment Index, which has been unfortunately trimmed down a bit over time, but is still a useful tool for one thing and one thing only…

…proving me right in that video.

What most of you tried to do was take the information that Index gives you, and somehow try and predict where all that dumb money is going, so you can do what the Big Banks do and go the opposite way. 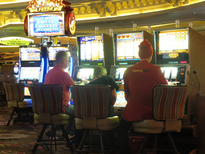 “If I just do the opposite of what these people do…”

You’re thinking, and I like that.  But you’re off track.

Learn form the video, extract the main point of the video, and build your trading around that.

You still want to crack the Forex sentiment code, do ya?

Don’t spend too much time on this.  It’s taking away from your overall system building, which is what’s important here.

But if you can find a crack here, you may have succeeded where I haven’t.

So let me set you up with a few resources here.

Still useful, even though it’s down to three FX pairs.

You can try and enter a trade when the two lines cross below, you can try and catch sentiment reversing at extremes, there are several ways to play it here.

You can follow them on Twitter too right here, and catch periodic reports on the movement of the day.

*Be careful here, sometimes they show a 4-hour version of the indicator, and this is a way too zoomed-in version of what we want.  Don’t get caught.

**As a metals trader, I can tell you with 100% confidence, that the XAU/USD part of this thing is completely fucking useless.

The OG.  This is what I had on hand for a long time before FXCM got bought out.  It still exists, but can be hard to access for non-members.

Luckily, you can still follow them on Twitter here, and they do a great job posting daily snapshots of a lot of different pairs and indices.

You will see a few differences here and there with the way it reads compared to the IG, but not hard to figure out.

And a lot more pairs are included with the SSI.

Which way are you going to go?

The answer was C) “Do nothing”.

Well, I could say it was a trick question, you should avoid chasing sentiment.

But the real reason is this.  And let this be your one takeaway from the entire blog post…

It doesn’t matter where traders are.  It matters where they’re going.

This is where all the “pros” (who don’t make money trading) go wrong.

First, they spend all this time on a tool we can barely use.

Then, they’ll blindly say “It’s a contrarian indicator”, and if the masses are long, they will state that they have a “bearish outlook” on the pair.

And they will continue to say this as price just keeps going up and up and up.

But now you know better.

How I Barely Use It

The SSI has a practical use in my trading, but a small one.  A very small one.

This may have been the 3rd time all year I did this, but on December 27th, The ratio of short/long traders on the USD/CAD was over 4-1, or over 80% short. 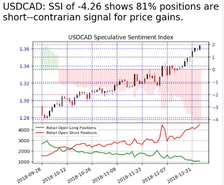 This is really high.

And because it’s in terms of percentage, and it has a ceiling (100%), I know it can only go so much higher.

Price was stalling out a bit to top it all off, so I veered away from my system, used my experience, and exited my USD/CAD long trade.

It’s currently still stagnating, so yet to be seen if it was a good move.  My exit indicator is about to trigger anyway, so it’s probably a moot point.

Now, there was one pair with a much higher ratio.  Why didn’t I do anything there?

Well, two reasons.  One, I was not in that pair.  Two, if I was, this was the pair in question

Q: How does this pair differ from the USD/CAD?

The stock markets are doing some weird shit right now.  And I don’t want to get caught up in any of it, because, and say it with me…….I can’t control any of it.

And sure as shit, I would have been really disappointed. 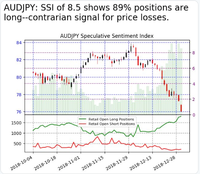 A bit hard to see, but price was at far greater extremes, and just kept right on going.  Because of a report from Apple apparently.

News outlets can give whatever reason they want as to why price does irrational things.  More on this soon.

Focus on building your system.  It’s tedious, I know, but you’re going to have it forever, might as well put the work in now.

And I’ll continue to highlight things you can avoid forever, making this whole process even easier and less frustrating.

Adendum:  A reader has sent in another Sentiment option for us all to use, from Dukascopy.  I have no opinion on it, but check it out if you like here.

“Forex trading involves risk. Leveraged trading in foreign currency or off-exchange products on margin carries significant risk and may not be suitable for all investors. We advise you to carefully consider whether trading is appropriate for you based on your personal circumstances. You may lose more than you invest. We recommend that you seek independent advice and ensure you fully understand the risks involved before trading.”