People look up “the best Forex trading tips” on google all the time, hoping to find some magic push-button strategy that will make them millions.  Please understand — that will only get your account destroyed.

But I do have a great answer that should be part of any Forex strategy.

You asked for it, so  I will deliver.

But fair warning — you are probably not going to like my answer.

If you would rather just watch the video I made on this topic, just check it out here.

If you’re wondering if I’m even qualified to give advice like this, check out the ABOUT tab and judge for yourself.

You will not see this answer anywhere.  This is what nononsenseforex.com brings to you — the things you should have heard a long time ago, but never did.  It still boggles the mind why this is almost never discussed.

Instead, it’s this satanic merry-go-round of the same dumb shit that doesn’t work, blog after blog, video after video.  And new Forex traders, because they don’t know any different, keep reading/watching/buying all of it.

This doesn’t have to be you anymore.  As always, the choice is yours.

Whether or not you’re a trader who gets it and genuinely wants to be better, and is willing to do what it takes to get there………or you’re an instant gratification loser looking for a quick fix……..depends on how far you keep reading after I reveal the answer.

And at that point, yes, I will judge somebody I don’t know. (smiley emoji)

So enough already, the #1 piece of advice I can give as a professional Forex Prop Trader to the entire Forex trading community is:

Before doing anything else, eliminate all of the things that aren’t working. 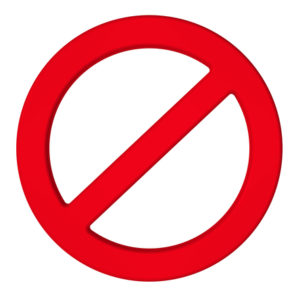 Seriously, it does not matter what you do afterwards, if you haven’t done this first.

But how do you do this, you might ask?  Well, this blog may have been just the thing you were looking for after all.

Welcome to the team.

So first, let me qualify my answer a bit.

If you ask any personal finance expert, “how do I become rich?”, you can almost rest assured Step 1 and Step 2 are going to be some variations of this:

And this is very, very good advice.  Problem is, it’s not sexy advice.  It’s not a push-button solution to people’s problems, and they start looking elsewhere.  Then they wonder why they can’t make money.

We don’t WANT to eliminate debt, because it’s hard, and debt is a depressing thing to think about, much less try to tackle.

We WANT to spend money on dumb shit, because we like dumb shit and the way it makes us feel, even if it’s only temporary.

But the people who have truly become rich, and I say truly because there are plenty of people out there who are rich and miserable because they 1) created more debt by 2) buying dumb shit, but the people who have truly crafted a life of financial freedom followed these steps to the letter, often before embarking on whatever it was that made them wealthy in the first place.

There’s a reason the super vast majority of people in the developed world who want to be financially free live paycheck-to-paycheck or even worse.  People never tackle those two reasons.  They never eliminate the things that are holding them down.  They try to fly, but they always have some cruel bully yanking them down by the shirt collar.  And attacking that bully is not something they feel comfortable doing.

But GOOD NEWS:  This blog and the No Nonsense Forex Youtube Channel are here to help you do these two things in your trading, so you can get off of this backwards ride as soon as possible.

Then, and only then can you really start to make consistent money in this market.  It’s so worth it.  And you won’t have to take your lumps for 4 years like I did.  Lucky you!

So you might be getting antsy wondering how this directly applies to trading Forex.  Let’s talk about that now.

If I were to give you a tool or a tip that gave you an extra win for every 5 trades, which is really hard to do by the way, you can make your bottom line go up.

Now if I all I were to do was give you a tip that could simply eliminate a loss per 5 trades, it would look like this.

So why don’t we treat elimination the same as we do gains?  It’s not as sexy.

But what IS sexy?  Winning.  And a real nice bottom line.

Imagine doing both — burning the candle at both ends.  Because that is what this site is designed to do for you.

And there are LOTS of them — but if you read a lot of Forex blogs and watch a lot of Forex trading videos, you’d never know it.  And that sentence right there is what inspired me to make this website.

There are many tools you likely haven’t used yet, but we have a tendency to seek new concepts out when things aren’t going very well.  The last thing I want you to do is end up finding one that isn’t going to help you much either, so I will save you the time.

Because if you’re using one or more of these tools (and I’d wager to say, over 99% of FX traders are), they are one of, if not THE main reason you’re not able to make a consistent profit month after month, year after year.

If you haven’t seen it yet, or are wondering what the Dirty Dozen is, I’ll just list them now:

Believe me, telling somebody to stop using Fibonacci after they’ve joined the Fibonacci Trading community, and had a few trades where it worked like a charm, is a tough sell.  But all these people have to do is look at their bottom line, and they have a really hard time disagreeing with me — even though they do anyway. 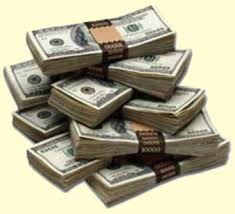 Result of getting rid of Fundamental Analysis.

Imagine somebody who nerds out on Bloomberg and gets to act all smart in front of his friends at a bar talking about “macro-economic trends”, and “inflationary concerns” hearing from some blogger that he needs to stop and stop immediately, and their trading account depends on it.

If I was wrong, you wouldn’t even be reading this blog.  You would have no need to.

I’ll be attacking every one of the Dirty Dozen in a separate blog and video.  But fear not, this won’t be the only thing I do.  I will also be telling you not to trade entire currency pairs!!  And yes, I’ll also be slowly revealing what to do instead, and why.

But it is absolutely paramount that you first get rid of the tools that are bringing your account down or preventing it from going higher.  You must do this first.  Your career as a Forex trader depends on it.

Eliminate these things first.  Do nothing else.

A very wise trader once told me that you could pretty much flip a coin on any pair — heads go long, tails go short — and still make very good money in Forex just by having the right money management in place.  He may be right, but I do disagree in a sense to where you should still look for the best entries possible to make your odds of success as high as they can be.

Burn the candle at both ends, I say.

But almost nobody does this.  They either have a shoddy plan in place that doesn’t account for the different types of markets that occur all the time in Forex, or they have no plan in place at all, and just trade “by feel”.  Holy shit is that last one dangerous.

Let’s just attack that last one right now.  Never ever trade “by feel”.  You are not Merlin the Magician, you do not have the ability to tap in to the unseen forces of the Forex market, cut the bullshit already. 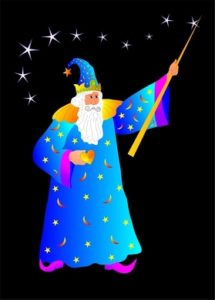 This is not a picture of you

This happens a lot when somebody decides to exit a trade because “it just didn’t feel right”, and they were actually correct!  Quick reality check for ya — you had a 50/50 chance of being right.  Your “gut” didn’t help you make the right decision, that’s complete and utter nonsense.

If you still think this way, you’re completely doomed.  You’re absolutely finished.  This is about as undisciplined as it gets.  I can’t even talk to you.

Do you have three times the confidence in your ability to trade the GBP/NZD than you do the EUR/GBP??  Then why does your trading reflect this?

Another common way of managing trades is to have a 2:1 or 3:1 ratio for example of profit:loss.  This is much netter than having nothing, at least here you are showing some discipline, which already puts you a a rarefied class.

…….but you’re also capping your upside, which is holding you back from becoming consistently profitable.  My long runs, my big, successful trades combined with my capped downside is what got me to a high enough level that an 8-figure firm wanted to hire me.

We will tackle all 4 of these things here at the blog, and on the Youtube channel.  Don’t miss out.

The best Forex trading tip out there is to make sure you get rid of everything that’s holding you back.

If somebody really wants to put you in a position to succeed, they will first get you to eliminate everything that consistently drags you down along the way, no matter how fun or not fun that process is.

The best militaries and fighting instructors in the world all do this one thing.  And there’s a reason why their students become the best in the world.

Me saying this out loud, and me telling you what that nobody else bothers to tell you is the single most important thing I can ever do for you.

And that’s exactly what I’m here to do.