Sentiment was down.  Then number go up.

There is a chance that in the first three weeks of January 2023, we have seen the bottom in not just Bitcoin, but the crypto market as a whole.

But have we ever sat down and asked ourselves why?

On the conservative side, the entire market cap of crypto has gone up 25% this month, with many popular tokens tripling or even quadrupling that feat.

People are really excited.  Even bearish influencers who were calling for 10K BTC have changed their tune in the last week or so.

Just goes to show how strong their convictions really were before.  Phonies, most of them.

As always, in order to ensure we never get caught up in the soup of dead-money sentiment, I always like to zoom out a bit. 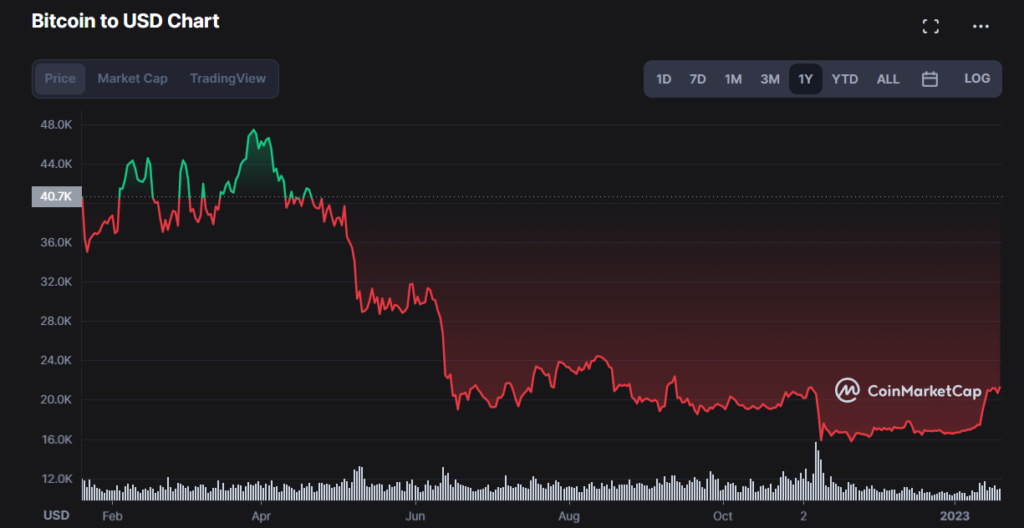 From the late March 2022 top all the way down, we have seen small retracements to the upside of two or three days, and we have also seen more prolonged retracements which have lasted anywhere from 2-8 weeks.

And believe me, because you know I pay attention to this, there was blind hopefulness and often bouts of euphoria in every single one of them.  Even the small ones.

Yes, people fell hook, line, and sinker for every one of them.  Often the SAME people each time!!

How have they managed to still own computers and smart phones?  I figured they would have pawned them off for food or drugs by now.

Crypto Twitter, if it wasn’t already obvious, is the worst with this.  They know being bullish helps their brand, and their brand (because fuck each and every one of you at the end of the day), is what’s really important to them when it’s all said and done.

I so often want to give examples, but it violates my rule of not being a bitch and calling individual people out.  This level of restraint is difficult at times.

But you know good and well what I mean.  And likely who I mean.

If you also look at the above chart, or have a half-decent memory, you also remember when we bounced along the 20K level for BTC for quite awhile.

The bulls loved this.  “It’s a really strong support line”, or even nuttier than that, “There looks to be no more sellers left”.

Legacy financial media, banks, and your usual band of old crusties who never bothered to learn crypto tried so hard to deal the final death blow to the market during this time (because nobody takes them seriously under regular circumstances).

Even cringier, the BTC “There can be only one, and it’s the one I like” maxi-pads crawled out of the woodwork and pretended like people gave a shit about what they had to say during this time too.

It was really bad.

Then out of nowhere, number go up again. 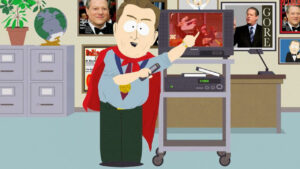 It also moved up really quickly compared to other moves up during the bear market, as you can see once again from the chart.

This is actually more concerning.

Your largest moves to the upside come in bear markets, not in bull markets.

On my podcast, I say random shit like “There have been 18 sucker rallies in the market since we hit the top”.

I’m guessing on the number.  But it’s not too far off.  Let’s just stick with 18 for the sake of argument.

As always, all I do is try and put myself in the shoes of the people on the other side.

You know, the people who end up with your stocks and your crypto when it’s all settled.

I am the all-powerful market manipulator!  I was able to crank out 18 rallies, big and small, and I have gotten you to fall for every single one of them!

But even stupid people start to figure it out over time, and it looks like we may have gotten there.  I know the bear market is far from over, but I need to more this time.

I need to find a way to garner some REAL optimism this time around.

I have to get people to FOMO again.

Unfortunately, there are no logical fundamental reasons out there right now that I can point to.  It’s all still pretty negative.

Nothing left to do really except for make number go up again.  But I’m going to do it bigger and quicker this time!  And I want it to last longer too.

Nobody will be any the wiser this time, because at the end of the day, I have realized something very important….

They all just want to believe.

None of these people are sharp enough to take profits, so they’re all down bad.

They honestly think they can “wish” a bull market into existence.

They’ll think things like “If we all band together, we can DO it!!!”

Like it’s Captain Planet or the fucking Care Bears or something.

LOL, why is life so easy?

Okay, I’m done with the part where I play manipulator and talk to myself.

But even if I’m wrong and we have already seen the 2023 BTC bottom in early January (play the odds here people), I am still bearish for many reasons.

I will reference this until my dying breath, or until these things are no longer a threat to society, but do not forget the 6 Crises.

All of them except for Banking (maybe), have began.  They all take time to either peter out, or come full circle, but they have all began.

If they start to really become a problem, equities and crypto are almost certain to go down significantly.

And one often starts one or more of the others in motion, like housing did in 2008.

Energy for example, is everything.  If that one ever really kicks off on a global scale, look out below.

And apart from my 6 Crises theory (Is it a “theory”?  I don’t know what else to call it.), all of the damage dome to the markets, and all of the inevitibilites that follow are still there.  They haven’t gone anywhere just because number go up.

Add in all the basic axioms too of how price moves in waves, yadda yadda….

And I, once again, feel the need to come here and bring people back to reality a bit.

Oh there are some.  They have little to nothing to do with this rally, but they do exist.

I’m not a permabear.  Seriously.  I’m just logical.  I do know there are cases for seeing an upside or possibly even a reversal.

There was a very good video with two of the top on-chain analysis guys in the business.

And in many ways they’re not wrong.

But have you heard my on-chain analysis rant before?

Basically it works when it works.  And when it doesn’t, all of the on-chain analysis people get really quiet.  And then when it’s convenient, they come back again.

In Will and Dylan’s defense, they’ve stayed pretty consistent with it, even when it hasn’t worked.

But yes, hash rate continues to go up.  Yes, whales keep buying (you’re supposed to buy in a bear market).  All of these things are true.

And on a completely different front, I did mention how the one Crises we’ve yet to see come about is a full-on Banking crisis.

It won’t take much for people to panic, especially with social media now.  One domino falls here, the rest will follow.

We’ve mentioned before how most bank branches have little to no cash in them, and how in many Western countries, they have transitioned form bail-outs to bail-ins, meaning we the people must bail failing banks out with our own money should it ever come to that.

One little SNAFU happened this week in the US, and I think it did finally resolve itself, but confidence in banks, for a handful of people, has been shattered.

And if a banking crisis happens in the West??

Then yyyyeah, we’ve seen our bottom in the crypto market.  Gold, silver and BTC will go absolutely bananas.

I will go on the record, because I’m bolder than you are, and say that the bottom is not in yet.

I think this is yet another ghost rally.

And I also think it would be wise to keep it going for a bit, to REALLY get those plebs FOMO-ing in more for the next big move down.

But I wanted to further illustrate the mindsets behind these ghost rallies, from the investors, to the influencers, to the manipulators, and I hope I was able to accomplish that a bit.

And honestly, if you were to buy 100% of your crypto right now, I still think you will be historically correct and very happy in the end.

The market will recover for good one day, but I just don’t see this weird rally being the turning point.

If I’m wrong?  Then our crypto positions go up, hooray!

And it would then officially make me 18* and 1 during this past bear market.

What was your record again?