They must have thought we were playing around.

Your main players here are:

Now Sam Bankman-Fried has been throwing his weight around politically for years now.

I don’t hate it, and I understand it.  Even wrote a blog about it.

But anyone can overstep, and SBF got caught doing just that in a draft he wrote.  More on that here.

Having already been made aware of his persuasion, anything he writes will likely be taken seriously by those who matter in government, so the outrage here is not unjustified.

BitBoy, who has made a face-turn the past year from a paid shitcoin schiller to more of a “Man of the People” freedom fighter took umbrage to this draft.

Ryan Sean Adams made a tweet about it, saying BitBoy doesn’t represent us.  BitBoy went nuts.

Overnight, tons of people went from hating BitBoy, to not hating him quite as much.

Unfortunately the video left out the tweet in question.  Bitboy was referring to Ryan Sean Adams with the glasses.

He mentioned how “people who look like this” shouldn’t be making decisions for regular people. 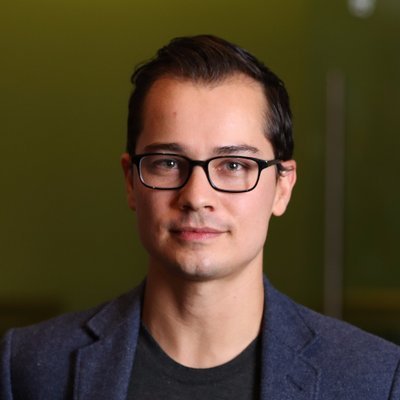 Now I do understand where he’s coming from at least.  Nerdier, ivy-league-looking people have been allowed to dictate policy and culture in the US for the better part of 10 years now, and it has been…….not a great idea if you were to ask most people.

But I like Ryan and the Bankless podcast, even though both hosts are a bit dorky, and they’re ETH maxis at heart, the info is solid and I appreciate the grind.

And he and BitBoy are on the same side at the end of the day.

BitBoy knew he went overboard with the glasses dig, he has since walked it back a lot.

Do not piss off Eric Vorhees.

This guy is as sharp as they come, and can turn a phrase so effortlessly, your reply will never stack up so just apologize for existing and walk away in shame.

So after the outcry, fueled by BitBoy and others in the community, SBF thought it would be a good idea to come onto the Bankless podcast (where he had been interviewed in the past), and have a head-to-head with Eric Vorhees, a freedom-loving Bitcoiner.

If you wanted to watch the whole thing, I wouldn’t blame you.  I was enthralled.  This was an absolute slaughter.

I won’t go blow-by-blow like I often do on the blog, I’ll just highlight the bigger-picture pieces.

Afterwards, you saw quite the bloodbath.  Hoards of people now knew what was going on and what SBF was trying to do.

The hoards were angry.  Twitter started digging up weak financials and all sorts of dirt behind-the-scenes on FTX.

There was one tweet I saw however, who thought SBF won the debate!  Nanners.  Here it is:

Sam had a response.  This is the one that got me.

yeah in retrospect I took a communication strategy that wasn't going to work: trying to find common ground on the strategic side, rather than just saying that I agreed philosophically but disagreed strategically

So wait, you had all of that conviction behind your words when you wrote that draft, but you no longer had that same conviction when called out on it because you wanted to be respectful in debate?

No.  You lost your conviction because you got caught Sam.

The next interview on the Bankless Podcast is none other than BitBoy himself!

BitBoy has already revealed a lot of misdoings at FTX and Alameda Research, a company SBF owns 90% of.

And he claims to have a lot more evidence on top of it all.

Things like this are what made SBF screech to a halt and walk back almost everything he said.

The interview is already up.  I’m saving it for my plane ride tomorrow.  I’ll put it here for you if you promise not to ruin it for me.

I see Ryan and David are in suits and glasses for this one.  Nice.

Edit: I listened to it, and definitely have opinions on it.  BitBoy handled himself very well.  The guy has grown up a lot.  While the Bankless crew acted like a couple of women scorn.  Bitboy apoligized in the early part of the show, but they somehow wouldn’t let it go.  This interfered with what could have been some very good side debates on things like XRP.  Shame.

I have been very bullish on FTX’s token, FTT, as seen here.

Because of the recent allegations, I am removing FTT from my watchlist for now.

No need to take all of that potential downside risk for nothing.

I did the same with XRP in the past, and it was the wrong call, but I have zero regrets.

This could get bad.  Crypto twitter, and huge players in the space have turned on SBF.

And I think this also makes BNB an even more attractive play than it was before.  With the large Twitter donation and a possible chief competitor getting dinged up, my outlook is even more bullish here.